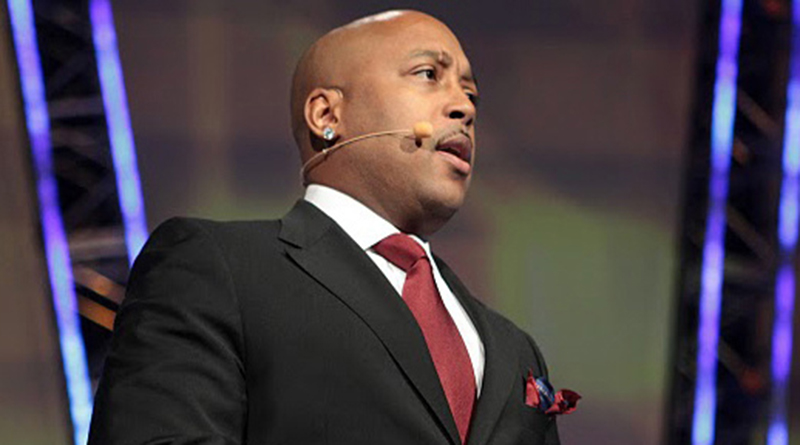 Many people know Daymond John as one of the savvy business executives who quickly decide whether to invest their own money in business ideas proposed by budding entrepreneurs on the reality TV show Shark Tank. What many people don’t know about his is that he is dyslexic. . .and that, furthermore, he feels blessed by dyslexia.

In a talk at the Yale Center for Dyslexia and Creativity, John said that he excelled in math and science in elementary school in Queens, New York, but did poorly with anything requiring extensive reading and writing. “I couldn’t spell the word ‘because’ for four or five years. I wouldn’t know how to spell my middle name, Garfield. When I read a book, I got tired.”

His school eventually diagnosed him with a general “learning disability,” but due to a lack of information on dyslexia, his parents still believed that his bad grades in language arts had something to do with his attitude.

When he got to Bayside High School, he chose a program where his challenges wouldn’t hurt him – the school business co-op program, where students worked full-time one week and went to school the next. John spent alternating weeks in the classroom and at an investment bank in Manhattan. There he found discovered his passion for business, where he could use his love of numbers to create something.

In 1992 he founded FUBU (For Us and Buy Us), an urban apparel line that became a huge success. (In 1998, it enjoyed annual sales of $350 million, and launched John as the “Godfather of Urban Fashion.) But with the success of FUBU, he worried that his poor spelling and reading comprehension would make him appear unintelligent. It was around this time that emails and texting and emails started being an accepted way of communicating on a daily basis, and John came face-to-face with the impact his terrible spelling had on how people perceived him. Then to make matters worse, when he went through media training and was introduced to the scrolling visual text of a teleprompter, he couldn’t master it. All these things made John anxious and he finally decided to see a professional, who diagnosed him as dyslexic.

Learning that he was dyslexic allowed him let go of any shame he once had. Today, John likes to say he’s “blessed with dyslexia,” and he encourages others not to conceal it as he once did. However, it still takes him far longer to read than someone who doesn’t struggle with dyslexia, and he will often pass off documents to one of his colleagues for confirmation. “Everyone knows my situation. I say, ‘Break this down for me and let me know if I’m reading this factually.’”

According to John, the key was that he never let his one area of weakness define his whole self. “I have this attitude about any challenges you have in life,” he says. “You highlight it, address it, and then find out how to work around it. Figure out how to live with it.”

Despite his dyslexia, Daymond John’s drive and determination have helped him win awards such Ernst & Young’s New York Entrepreneur of the Year and Crain’s Business of New York Under Forty Award, become an in-demand motivational speaker and author two successful books, Display of Power and The Brand Within. For a boy who struggled so much with the written word, he is proud of writing the books. “My mother always said, ‘It takes the same energy to think small as it does to think big,’” John says. “So dream big and think bigger.”

This story used as sources “Daymond John, Entrepreneur” by Sue Glader, and “Shark Tank Daymond John on Dyslexia and Success” by Richard Feloni.

Contrary to Popular Belief, Students’ Attention Spans Are Not Getting Shorter

Partnering with the International Board of Credentialing and Continuing Education Standards, Sesame Place® has officially became the first theme park in the world to be designated as a Certified Autism Center.