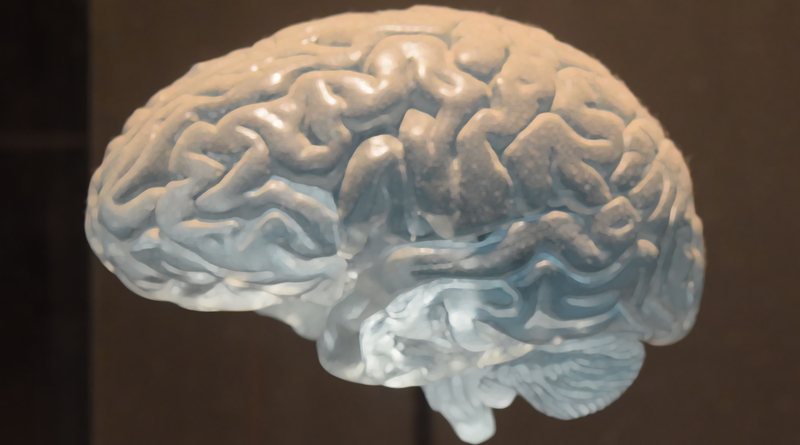 Hello, my name is Allison Dyke. I am a senior in the Neuropsychology Program at the University of New Hampshire at Manchester. My interest in this field of study goes back to when I was in middle school. My father and grandfather were both diagnosed with Huntington’s disease (HD) when I was very young. HD is a rare hereditary neurodegenerative disorder caused by an expansion of a repeating CAG triplet series in the huntingtin gene on chromosome four, which results in a protein with an abnormally long polyglutamine sequence. It is an inherited disorder through autosomal dominancy, meaning each individual at risk has a 50% chance of developing the disease. It is manifested as a triad of motor, cognitive, and psychiatric symptoms which progress over many years and ultimately cause death. The average length of survival after clinical diagnosis is typically 10-20 years, but some have lived longer. Unfortunately there is currently no cure or treatment which can halt, slow or reverse the progression of the disease.

When they were first diagnosed it was not too bad, just minor behavioral and physical symptoms, but as the disease progressed, I had to adapt to many changes and ultimately took on the role of their caregiver. I was watching my loved ones be overcome by this awful disease, knowing that there was nothing I could do to change it and that I was also at risk. There were many days when I was just angry, because it did not seem fair, but I ultimately overcame those emotions and decided to let them motivate me instead of frustrate me. I started going to support groups and doing research on HD when I was in sixth grade. My teachers thought I was crazy, but it was very helpful to have a better understanding of what was happening to my loved ones. I realized that I had to be an advocate for my family members and others who are affected by HD. As time went on I was able to turn a negative situation into a positive one, which made me determined to learn as much as I can about HD. 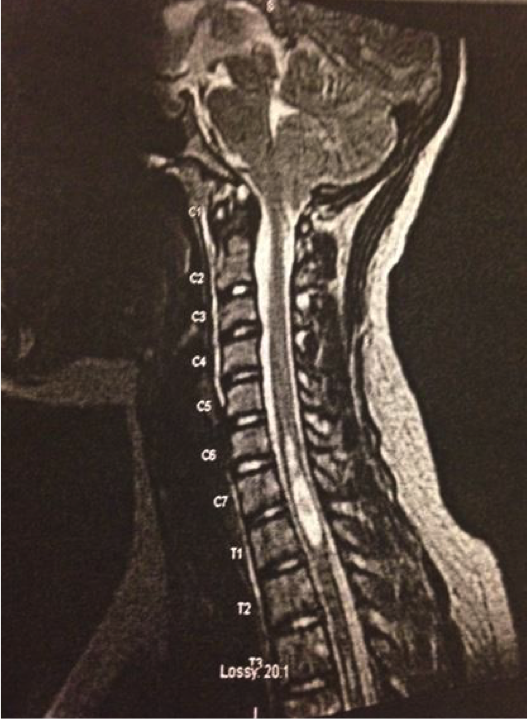 Although Huntington’s disease is the main reason I became interested in this field, my interest continued to grow after I underwent a posterior fossa decompression in July of 2015. During my senior year in high school, I started having numbness in my hands and arms. I had an Electromyography (EMG) conducted and the results showed that I had Carpal Tunnel Syndrome, so I underwent the surgery for that. Within a week my hands were going numb again. My doctor at that point thought I had a pinched nerve in my neck, so he recommended a cervical spine MRI. I was not diagnosed with a pinched nerve, I was diagnosed with Chiari Malformation and Syringomyelia. I was told that I had to see a neurosurgeon as soon as possible, due to the location of the syrinx (fluid filled cysts) in my spinal cord.

Chiari Malformation, also known as Arnold-Chiari Malformation, is a neurological condition that involves a herniation of the cerebellar tonsils below the foramen magnum. The cerebellum, which is responsible for controlling balance, descends down out of skull and into the spinal cord. This results in compression of the brainstem and spinal cord, and disrupts the normal flow of cerebrospinal fluid. Chiari is very hard to define because it presents different symptoms in every patient. The diversity of Chiari symptoms is due to the fact that it is capable of affecting the brain and nervous system in several ways. Some common symptoms include: numbness in arms and hands, neck pain, weakness in arms and legs, difficulty sleeping, dizziness, headaches, and fatigue. In my case I have all of these symptoms and many more.

A disorder commonly associated with Chiari Malformation is Syringomyelia, which is a rare disorder in which syrinx form within the spinal cord. Over time syrinx can expand and increase in length, which ultimately compresses and damages the spinal cord. Syringomyelia has a number of its own symptoms, such as: a loss of sensation and weakness in the arms, legs, hands, and feet, the inability to regulate bodily functions and temperature, and pain in the back, neck, and shoulders. The reason why Syringomyelia is such a serious condition within itself, is because it can cause permanent nerve damage and can even lead to paralysis. In my case, I had surgery within a month because my largest syrinx was in a location that could have led to paralysis.

I am still working on accepting all of the changes that I have faced since surgery, such as, increased numbness in my limbs, fatigue, insomnia, joint hypermobility, Chiari headaches, and chronic pain. This was an experience that reassured me that I was on the right career path.

I am very involved on campus, specifically with students and faculty within the Psychology and Neuropsychology department. I am the president of the Psychology & Neuropsychology club, which has allowed me to share my passion and help other students find their passion. There is nothing more rewarding than watching my fellow students turn their negative situations into positive ones and becoming motivated by them, just as I did.

I am currently working under the supervision of a neurologist from Beth Israel Deaconess Medical Center and my Advisor, Dr. Daniel Seichepine, to complete a retrospective chart review, which will examine rates of developing pneumonia and length of life after receiving a percutaneous endoscopic gastronomy (PEG) in Huntington’s disease patients. Potential results could generate knowledge regarding the effectiveness of PEG feeding tubes in the HD population, which would allow families and patients to make informed decisions about their treatment plans.

I believe that these opportunities and experiences will help me prepare for graduate school, which is my end-goal. I want to earn a Ph.D. in clinical psychology with a concentration in neuropsychology. After completing my doctorate degree, I would love to work with patients within a nursing home setting, to help ensure that they get the best care possible. In addition to that, I would love to do research focusing primarily on Huntington’s disease.

Share on FacebookShare on TwitterShare on Google+
Allison Dyke

I am currently studying Neuropsychology with an interest in neurodegenerative diseases. After completing my Doctorate degree, my goal is to use neuropsychological assessments and continue research on patients with neurodegenerative diseases to help properly diagnose their deficits and create treatment plans that will help keep their quality of life as best as possible. I am also very passionate about advocating for those who are no longer able to advocate for themselves.

Kudos to Comedy Central’s “Night of Too Many Stars”

Who are the Mentors in Your Life?

Jill Poser – Kammet, CGCM discusses mentors, and how her grandparents helped her find her calling.

Tips on Air Travel for Families with Autistic Members

While traveling by plane can provoke anxiety for even seasoned air travelers, for people with autism who are fearful of new things, it can be terrifying.