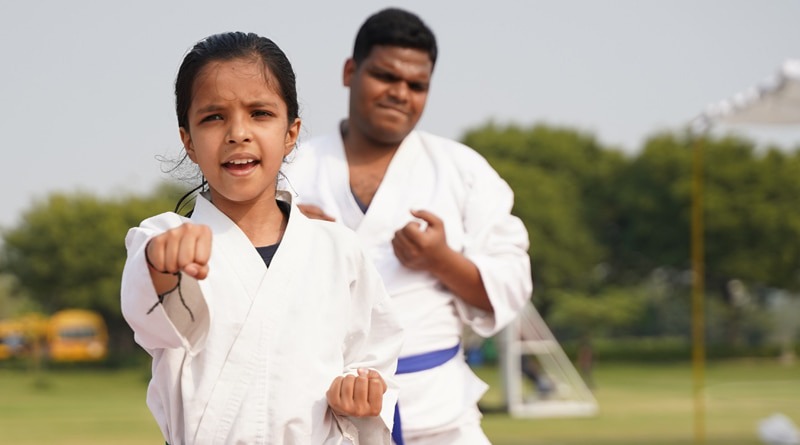 Martial Arts: Not One Size Fits All

Talkative kids learn to wait their turn. Quiet kids learn to speak up. The same karate class empowers each kid in a different way. And so it goes for neurodiversity.

At my martial arts school, we really had no interest in a class for kids with special needs. Every kid has a special need. We steered children with more visible special needs to our typical classes with an assistant or private lessons. But it turned out that their parents didn’t want that.

They wanted a class all their own. It was a very small example of crowdsourcing. This is the class that parents wanted for their kids. They got it.

And turn, it became a great influence on our entire karate school.

People train in martial arts for a variety of reasons, and the most popular are: improved communication, focus, self-discipline, confidence and fitness. (Note: not screaming loud, standing in one spot, kicking or punching). Autism is defined by behaviors in social interaction and communication, both verbal and non-verbal — areas that martial arts works on for every student.

Martial artists aren’t therapists or medical experts, but many in those fields recommend a professional martial arts school as a supplemental experience.

The class formats are similar: Students bow in. They recite the student creed: To build true confidence I must have knowledge in the mind, honesty in the heart and strength in the body. Nonverbal kids stand respectfully. Each student has a leader alongside them to guide them through a dynamic class of movement, exercises and discipline. Jumping jacks might look more like stepping and waving. But each student is following along.

There’s no more than two moves in a row. To run a lap, first sit criss cross. The moves are simple and repetitive and real martial arts.

There are minor, significant changes from a typical class. Perhaps instead of kicking a target on command “1!” “2!”, the target is held out for a minute and kids kick at their convenience/interest/ability while a leader counts how many they do. The music is off. The distracting ceiling fans are turned off. A student who runs around is guided by an instructor and it’s not disruptive to the class. The class is designed for independent learning in a group setting. The class dynamic allows running around with karate moves in between. Some of the drills that started in this class even made their way to typical classes because they were so fun and effective.

And perhaps the best part: The leaders in the class are the same ages as the students with special needs. They bonded and looked forward to seeing each other. And the leaders consistently say it’s their favorite class. They love the freedom, flexibility, challenges and partner drills. The class for kids with special needs became a class that helped everyone become a better Black Belt. 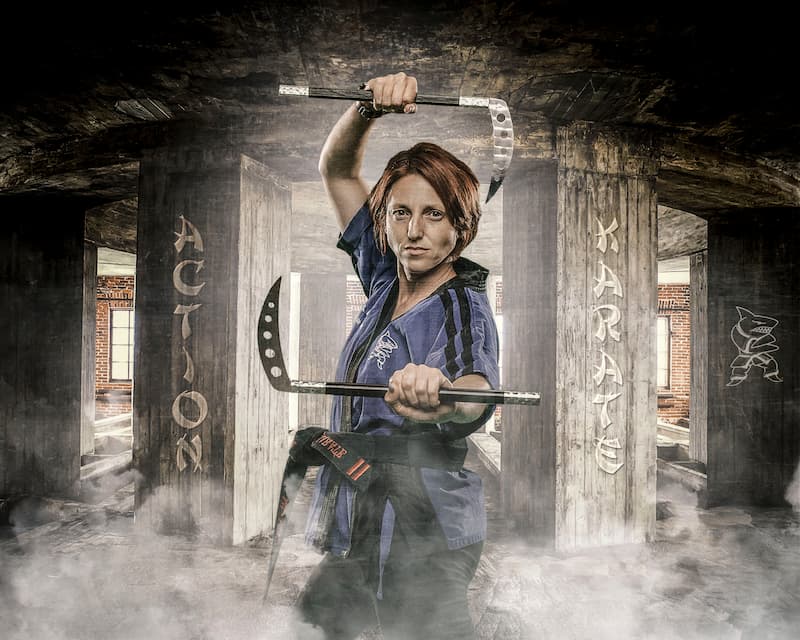 Rochelle Brenner is the Director of Action Karate Mt. Airy and second-degree Black Belt in Kenpo Karate. She is an accomplished martial artist and full-time instructor. She began her martial arts career as a child and earned her Black Belt from Action Karate in 2000. She was the 2008 National Women’s Golden Gloves Boxing Champion. That same year, she was the first woman ever honored by the Boxing Writers Association of America for her first-person account of fighting in the ring. She has won numerous sports writing awards. For more info: actionkaratema.com

Realizing I Had Social Anxiety

Housing on the Spectrum: Helping Adults with Autism Build a Future

Denise Resnik, founder, president, and CEO of First Place and co-founder of SARRC, discusses the importance of community support in creating resources for growing people with autism.

Are You Or Your Loved One Ready To Retire – Psychologically?