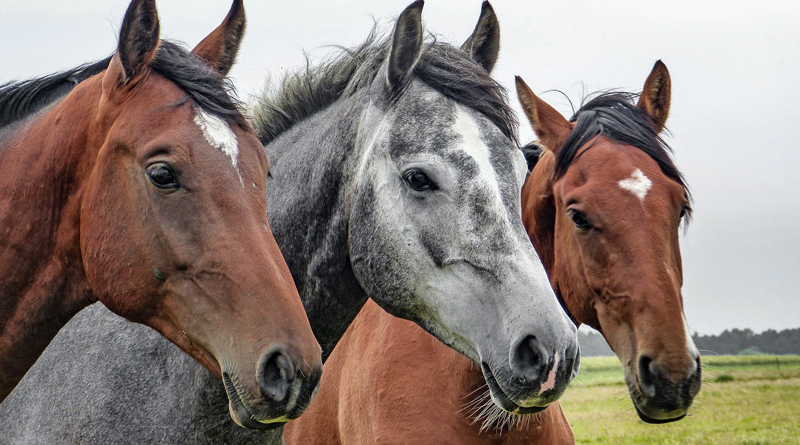 Upon his return home from Vietnam in 1970, Navy veteran Nick Lubianetsky, 67, surreptitiously brought PTSD with him.

As he carried the burden of his experiences with him each day for 45 years, the disorder began to plague him; catapulting him into a life laden with fear. Consequent to meeting Ann Marie Lewis and Heather Stage, both co-founders of Equines for Freedom, Lubianetsky was able to find solace in the most unlikely of places.

Equines for Freedom, a non-profit organization, is devoted to helping veterans conquer symptoms of PTSD. Nearly 70 people were in attendance during an open house on Sunday, as therapists, equestrians and veterans divulged how a treatment called equine-assisted eye movement desensitization and reprocessing, or EA-EMDR, works.

“It’s not hocus-pocus,” said R.J. Lacelle, a 27-year-old veteran and program graduate, who served in Afghanistan with the Marines in 2009 and 2011. As veterans work one-on-one with therapists, horses wander the arena freely, allowing therapists to gauge the animals’ emotions.

Because the animals are creatures of prey, any subtle form of anxiety, such as the type sensed during therapy sessions, causes a reaction. In most cases the horses will distance themselves, signaling to the therapist signs of deep-rooted tension. As the veterans confront painful memories of the past, the horses act as anchors, allowing the veterans to remain in the moment.

“PTSD is a time disorder,” Lewis said. “It wants to keep that person in the past. We want to bring them to the present.”

As Equines for freedom is expanding, a new program for spouses and additional caregivers has been developed in hopes of helping them to understand just how EMDR works. The organization has strengthened in numbers as it has added two new therapy teams, each equipped with one EMDR-licensed therapist, as well as an equine specialist.

In addition, the organization has joined forces with Wounded Warrior Project, arranging one-day programs for groups from New York City, for a lighter version of its standard 28-week program. “We’re not getting into deep therapy,” Stage said. “We’re kind of adding a little piece of the puzzle.”

Prior to his return home, Lubianetsky received a letter from the Pentagon advising him to swap his uniform in exchange for civilian clothing, and to deny the fact that he was military if anyone asked. Having seen both friend and foe perish where he was stationed with the Inshore Undersea Warfare Group One, he felt the bitter sting of anti-war sentiment as he was forced to face his own demons

“Let’s face it, we were hated when we got home,” he said. “I couldn’t get a ride home from Avoca; it was that bad.” Lubianetsky underwent three months of weekly 1-hour sessions before he noticed a distinct difference. “I was very, very skeptical,” he said. “I said to Ann Marie, ‘Bring in a cow or a pig. What’s the difference? … How’s this horse going to help me?’”

Lubianetsky’s skepticism clearly dissipated, as he recently graduated from the program.

Though Lewis still checks in on Lubianetsky once a month, he has made a great deal of progress, as daily activities, such as going to church, the grocery store or a restaurant, seem less challenging.

This piece is based on one by Jon O’Connell for the Times Tribune, which can be seen here.

From news to TV to movies, ideas about and portrayals of people on the autism spectrum are often not based in reality, ranging from simple inaccuracies to outright fabrications. So, let's review and dispel some common myths.