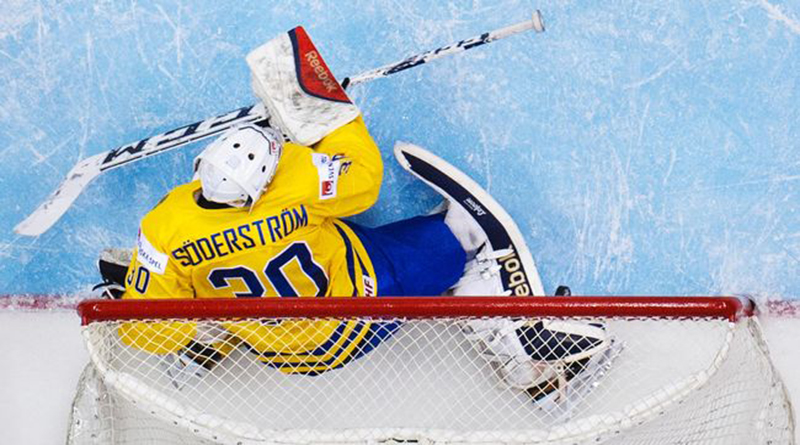 People with Asperger’s syndrome are often uncomfortable enough in day-to-day social situations – – let alone in the fast-paced action of an ice hockey ring. But New York Islanders prospect Linus Soderstrom isn’t letting Asperger’s syndrome or attention deficit and hyperactivity disorder (ADHD) deter him from realizing his dream of playing goalie in the NHL.

Diagnosed with both Asperger’s and ADHD at the age of seven in his native Sweden, Soderstrom found that playing ice hockey provided him with a focus as well as a means to form relationships. Now 19, the Soderstrom credits the direction he received from his teacher at a specialized school for helping him overcome the difficulties in social interaction caused by Asperger’s syndrome.

“Whenever I have had problems with friends, family, school, I have been able to rely on ice hockey,” said Soderstrom. The help I got from the teachers at the specialist school is something I could never say thank you for enough. They shaped me to [be] a better person, and helped me focus on my drive for school and ice hockey.”

A fourth-round pick of the Islanders in the 2014 NHL Entry draft, Soderstrom is currently playing in one of Sweden’s professional hockey leagues. He has aspirations of playing in the NHL and has said that Asperger’s and ADHD will not get in his way.

“[Asperger’s] helped me focus on the ice so I could be the one I wanted. To others with the same [handicap], I would tell them to do something they love. You have to be positive to help yourself. Don’t shy away from this. It’s a strength.”

Although today he looks at Asperger’s as a strength when it comes to hockey, it wasn’t always easy for Söderström, who often heard taunts and insults from other players due to his behavior. But with time, education and a positive outlook, he’s been able to grow past that. “My parents informed the coaches, that then informed my teammates. This was when I was young and couldn’t control things. Today things are different. But this is a natural development so I don’t see it as special.

“Every year that passes, I care less about the insults that people might throw my way. I still see it as a strength.”

Recent research estimates that one in 500 people could have some form of Asperger’s. Although the condition can lead to difficulties in communicating with others, Söderström wants to be seen as someone who didn’t let the problem stop him from pursuing his goals.

“One day I want to play in NHL; that’s every player’s dream. Every day brings me closer. Never stop dreaming and never lose the hope you have of reaching it.

This story was based on one reported by Lighthouse Hockey, which may be viewed here.

Lynn University has a mission- to make sure that all students, whether traditional learners or nontraditional learners, have a chance. That people from any walk of life should have the ability to succeed, and that the University strived to be the place where the building blocks to that success were laid. The sincerity and dedication of Kevin Ross and his colleagues came though loud and clear. That’s leadership. And that is what this conference-- Lynn University’s Transitions 2016-- is all about.