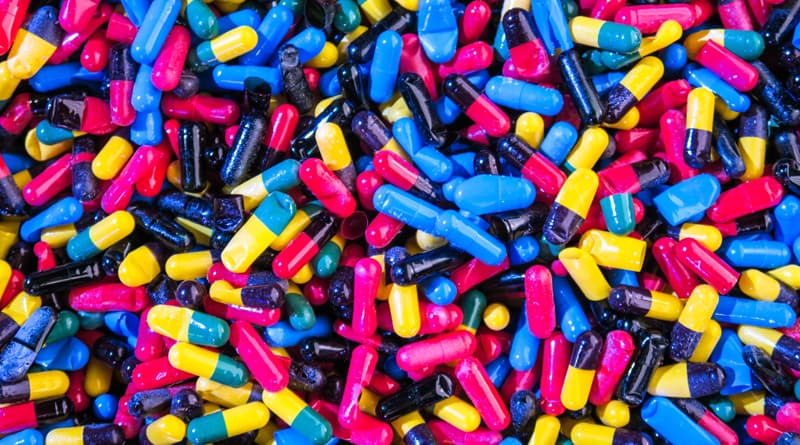 How a High Schooler is Battling Opioid Tampering

High school freshman and flourishing scientist, Aditya Tummala, of Brookings High School in Brookings, South Dakota, was awarded the first place Addiction Science Award at the 2019 Intel International Science and Engineering Fair (ISEF)- the world’s largest science competition for high school students- for her brilliant project “Tampr-X: A Novel Technology to Combat Prescription Opioid Abuse.” Aditya saw a need for an improved tamper-proof opioid pill to reduce potential for misuse, by developing a gummy-like substance that could not be crushed or melted for snorting or injecting.NIDA Director Nora D. Volkow, M.D. commented on the accomplishment, “The judges were impressed with the young scientist’s understanding of the complex technology related to the development of tamper resistant medications.”

In the late 90’s, pharmaceutical companies assured the medical community that prescribed opioid pain relievers would not be significantly addictive for patients exposed to such prescriptions. So healthcare providers greatly increased the rate at which these opioids were prescribed. By 2016, opioid overdoses would account for more than 42,000 deaths in the year, nearly 40% of those overdoses involving an opioid that was legally prescribed. Fast forward to 2019, The misuse of and addiction to opioids is both real and worsening. Opioid addiction has become so bad, In 2017 the U.S. Department of Health and Human Services declared a public health emergency, and began constructing a 5-point strategy to create a resolution to the opioid crisis. One of the largest obstacles to truly put a dent in this issues, would be that even with a nationwide crack-down on the substance by limiting access for acute pain, some individuals that legitimately need this form of medication will continue to abuse it due to the substance’s addictive properties. Whether it be second-hand sales to addicts, or abusing the substance for personal use, the prescription pills can be crushed and modified to be snorted, smoked, melted and injected, more often than not leading to further substance abuse with other substances including but not limited to heroin.

Around 1,800 students across seventy-five countries, regions and territories participated in the Intel ISEF competition, arranged by the Society for Science and the Public, to use modern applications of modern science and technology to combat real-world problems in the realm of global addiction. The judge’s for this year’s competition included Dr. Janet Neisewander, Dr. Cassandra Gipson-Reichardt, Dr. Jonna Jackson, and Dr. Michelle Jobes from NIDA’s Intramural Research Program. One of its competitors, Aditya Tummala, astounded the judges with her project, Tampr-X. Noticing a need for tamper-proof opioid medication, Aditya currently has a provisional patent for her project to develop a gummy-like, protein matrix-based technology with a specific combination of ingredients that deter the tampering and mixture of the product with other substances. This groundbreaking protein matrix would not only prevent the product’s crushing, but other aspects of its make-up are capable of preventing eight other known tampering/misuse methods, strongly limiting the product’s use for its originally intended purpose. Director Volkow, M.D. would continue to remark, “While there have been attempts to develop tamper-resistant pills, there is a critical need for more innovation and new ideas in this field. We are delighted to be able to amplify his idea to scientists working on this challenge.”

The Future of Fighting Addiction

Aditya received accolades from several well-known figures in the field of addiction science. “We were astonished at both the quality and quantity of ISEF finalists who qualified for the Addiction Science Award this year,” claimed William Dewey, Ph.D., president and chair of the Executive Committee, Friends of NIDA, as well as the Louis S. and Ruth S. Harris Professor and chair, Department of Pharmacology and Toxicology, Virginia Commonwealth University, Richmond. “We are pleased to support these exemplary high school students and encourage them to consider a career in the field of addiction science.” Aditya would also receive a $2,500 scholarship for her accomplishment, and her findings were highlighted in a special section of the NIDA for teens website (https://teens.drugabuse.gov/). The awards were coordinated by the National Institute on Drug Abuse (NIDA), part of the National Institutes of Health, and Friends of NIDA, a coalition supporting NIDA’s mission, and were presented at the Phoenix Convention Center in Phoenix, Arizona.

If you, or a loved one, currently face mental and/or substance use disorders, know that there is help available to fight addiction, including SAMHSA’s National Helpline, 1-800-662-HELP (4357), (also known as the Treatment Referral Routing Service) or TTY: 1-800-487-4889. SAMHSA is a confidential, free, 24-hour-a-day, 365-day-a-year, information service, in English and Spanish, for individuals and family members in need of assistance. Change is hard, but comes one step at a time, and involves your first step of reaching out.

Israel’s Ministry of Foreign Affairs is hosting an art exhibit, entitled "Bridge to the World," and comprised entirely of artwork made by Israeli adults living on the autistic spectrum.