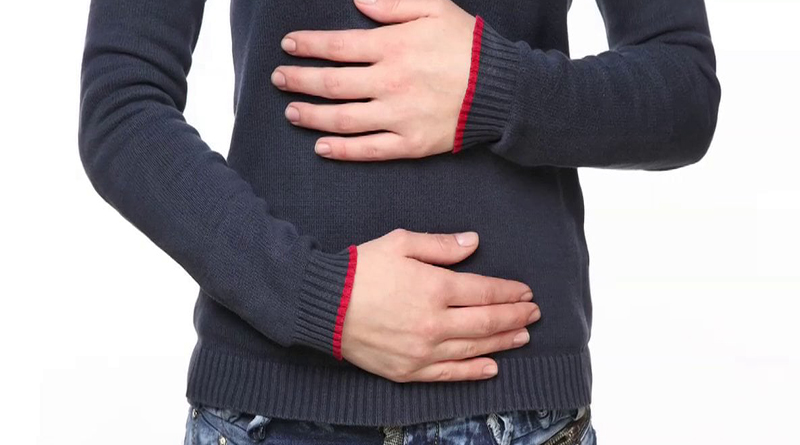 By Giuliana Fenwick
Over the last few blogs I’ve shared information with you  about how gentle massage can bring the body instantly down from a sympathetic to a parasympathetic state as well as how neurotransmitters such as serotonin can fill us with feelings of happiness and wellbeing along with dopamine and its links with the executive brain functions such as controlling impulses, good judgement, forward planning, clear thinking, focus, attention, memory and productivity. It is no surprise that many people with ADHD have very low levels of dopamine, proving that their behavior is not willful but very much part of the way their brains are wired. Another reason why gentle massage is so powerful in naturally  stimulating those levels.
.
What many people do not realize is that the gut, also known as the enteric or second brain, is also a main production line for producing and storing neurotransmitters , most of which are identical to those found in the central nervous system , such as dopamine and serotonin: those all important pleasure and happiness hormones ! There are actually more neurotransmitters found in the gut than in the entire spinal cord.
What has this got to do with my massage techniques? We can stimulate this enteric or second brain and its flow of essential neurotransmitters through therapeutic touch.
.
The gut comprises of the mouth, the esophagus, the stomach, the intestines , the colon, the pancreas, the liver and the gallbladder. In massage these are accessed via meridians as well as by working directly over the related areas. With over 100 million neutrons found at any one time within the gut, this enteric brain shares many features with our first brain and acts as a separate nervous system so complex it has been dubbed the “ second brain “. The gut contains so many nerve cells that act as a brain , that it can be controlled totally independently. It  is actually the original nervous system, emerging in the first vertebrae 500 million years ago. This enteric brain produces a wide range of hormones and around 40 neurotransmitters of the same class as those found in the brain.  Over thirty years of scientific research has gone into this with Michael D Gershon being the leading expert in this field.
.
So why is it so important in massage? Well, quite apart from housing our gut instinct and gut feelings, along with where we store excitement,  worry, anxiety, rage, frustration, anger  and all the things we “ bottle up “ , it is also where we store all the things we cannot digest – and I don’t mean food ! It is where we shove down and store the feelings or events we cannot process along with  all the things we don’t want to look at or deal with right now. So they get pushed there for another time. It is an important emotional centre and for some people this is like a mega storage area , particularly for those who cannot express how they feel or for those who feel they don’t have a voice , often the case with children being misunderstood or unsupported in school. That is why eventually rage or frustration erupt outwards after being squashed down for a long period. Particularly for the non verbal neurodiverse , the physical gut and its meridians become blocked leading to rage and meltdowns.
. .
Massage helps to gently ease, release and unblock , in a controlled way, bottled up and unexpressed feelings and issues. Neurotransmitters acting in the same way as dopamine and serotonin are stimulated. The body relaxes and lets go. The emotional and mental benefits of working on this enteric brain are immense .
.
Let me share some simple techniques with you :
..

Technique 1 : Thumb stroking up back In my book and within schools I work on the upper back which is important as it covers the oesophagus and meridians to the gut. It also opens up the heart, another emotional centre. However, I often get as low down the back as i can so then I am covering the whole back including the stomach and the rest of the gut.
..
Working from as far down the back as possible, using your fingers as anchors and not a weight, place your thumbs either side of the spinal cord and put your weight into the thumbs. Using both thumbs together, push upwards really moving the skin , as if you are climbing a ladder, never breaking contact between the thumbs an the back as you go up. Once at the top of the back, go back to the bottom and repeat the process. repeat at leat 3 times. This gets all those neurotransmitters flowing, starts to unblock the enteric brain/gut and begins to draw up the buried voice.
.. Once again, as in the last blog, those essential neck squeezes stimulate essential meridians running to the gut along with the oesophagus. The buried voice is drawn up towards the mouth.
Place your fingers on one side of the spinal cord and your thumbs on the other . Always working from the base of the neck up to the hairline, gently lift and squeeze upwards.Repaet at least 3 times.
.. With middle finger pressure, gently rotate the skin covering the pressure points above the eyes, working always from the inner eye outwards. Believe it or not you are actually working on the stomach when you work around the eyes ! The whole face actually has the beginnings of meridians to the gut. By working here you are working on the whole enteric nervous system. The points either side of just above the bridge of the nose boosts concentration levels too. Always go out to the temples to reinforce that important serotonin and dopamine stimulation too.
.. Using middle finger pressure again, rotate the skin gently but firmly under the eyes , working outwards towards the ears . If you go out to the triages and massage there where you go slightly deaf , the vagus nerve crosses here and this lowers blood pressure and the heart rate too. Repeat at least 3 times.
.. This is gorgeously relaxing even though it sounds like a torture method ! Quite apart from stimulating lymph which helps the body stay healthy and with boosted immunity, it also accesses all important meridian to the enteric nervous system along with physically working on the mouth.
..
Stand behind the client and using both hands simultaneously, gently but firmly squeeze the skin over the jawbone between the thumbs an first two fingers. Repeat several times, working from the chin upwards.
..
These techniques help with those long term mental and emotional benefits and go deeper than the instant “ hit” of serotonin and dopamine . And it doesn’t stop there ! We also have an emotional brain ! More about that another time.
..
..
For more on the connection of the gut to the brain, check out the Exploring Different Brains interview featuring a pioneer of that research, Derrick MacFabe, here.

Share on FacebookShare on TwitterShare on Google+
Giuliana Fenwick

Giuliana Fenwick is an author (“Indian Head Massage for Special Needs” by Jessica Kingsley publishing, available from Amazon ) , a writer for various national and international publications and autism websites , a specialist therapist working extensively with children and young adults on the autism spectrum and with special needs , a teacher/trainer , fundraiser and international public speaker .
Most importantly she is a mother to a beautiful ,courageous , gifted autistic son, Ollie.
For more information, visit her website: www.therapiesforspecialneeds.co.uk

The Importance Of Exercise And Physical Activity For Neurodiverse Population

Physical therapist Barbora Vystejnova, PT, MS, DPT looks at the importance of physical activity for the neurodiverse, and offers some tips to get started.

Amazing Grace: One Family’s Story of Hope and Autism

Crystal Y. Sanford, M.Ed., M. A. CCC-SLP shares her journey as an autism parent, highlights the things her daughter Grace is doing to overcome challenges, and shows why all families with a member on the spectrum should have hope.

My Experiences With Anxiety & How I Cope

Sarai Welch discusses her journey dealing with anxiety, and the tools that help her.