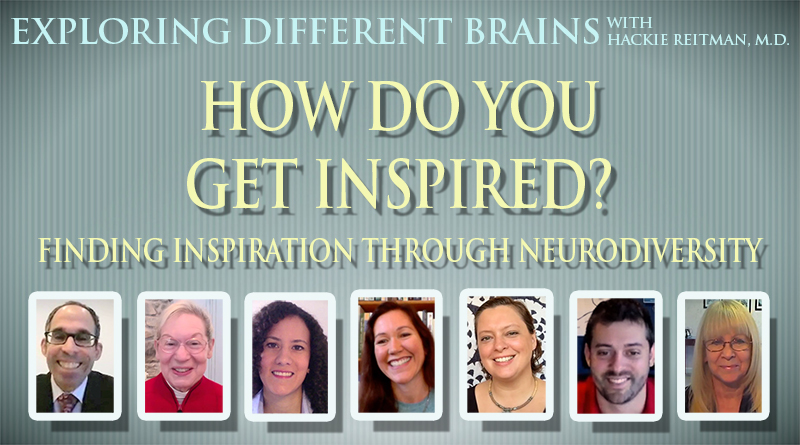 In this episode, Dr. Hackie Reitman speaks with 7 amazing people from the world of neurodiversity- parents, employers, educators, and authors – as they tell us how they found their inspirations to make change in the lives of those of us with Different Brains.

Featured in this episode:

[01:21] Michael Bernick, the former director of California’s labor department, author of the book “The Autism Job Club,” and board member of AASCEND [03:23] Susan Kahn, educator and author of the “Sue’s Strategies” series. [04:41] Catherine Pascuas, host of The Autism Show Podcast and author of The Autism Activities Handbook. [05:57] Cassandra Dunn, author of “The Art of Adapting.” Her personal site can be seen here. [08:28] Sarah Collins, founder of Autism CAER. [10:14] Thomas D’Eri, COO and co-founder of Rising Tide Car Wash. [12:19] Karen Bowersox of Downs Designs Dreams and NBZ Jeans.

Swimmers With Down Syndrome Compete in Nova Scotia – Week in Neurodiversity

(3 min 28 sec) In this episode researchers from USC find a link between social media use and ADHD, swimmers with Down syndrome break records in Nova Scotia, and more!

Helping the Neurodiverse and People with Disabilities Excel, with JR Harding of FSU | EDB 64