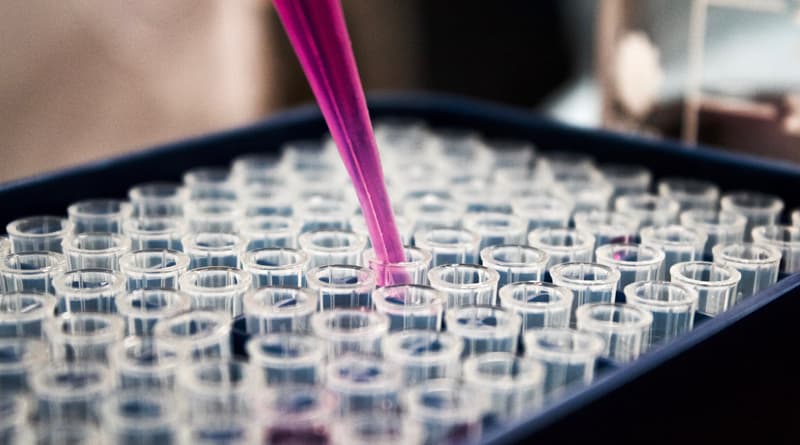 Scientists at the Van Andel Research Institute in Grand Rapids, Michigan have located a region of vital genetic control markers called epigenes that may help bring about new and more effective screening methods and treatments for schizophrenia and bipolar disorder.

The key for treating both of these disorders simultaneously lies in their common association with the overproduction of dopamine, a neurotransmitter in the brain highly involved with reward-seeking behavior, emotional responses, learning, movement, and more. Currently, medicines exist that treat both these disorders by regulating dopamine levels, and they’re commonly referred to as antipsychotics, as they use the same mechanism to treat psychosis. However, these medicines often have troublesome side effects such as apathy, weight gain, and dyskinesias, which are uncontrolled movements typically associated with Parkinson’s disease. This research addresses some of those concerns.

“We’ve known since the 1970s that the effectiveness of antipsychotic medications is directly related to their ability to block dopamine signaling. However, the exact mechanism that sparks excessive dopamine in the brain and that leads to psychotic symptoms has been unclear,” said Viviane Labrie, assistant professor at Van Andel Research Institute and contributing author of the study, which can be found in the research journal Nature Communications. “We now have a biological explanation that could help make a real difference for people with these disorders.”

Labrie and her fellow researchers discovered a locus of epigenes that simultaneously stimulate dopamine production and interfere with neural signaling mechanisms in the brain needed for normal brain function. These signals are transmitted between nerve cells across biochemical connections known as synapses. Because these nerve signals aren’t firing properly across synapses, the brain’s organization patterns and chemical balance get thrown off in a way that promotes the symptoms of psychosis.

“What we’re seeing is a one-two punch—the brain is being flooded with too much dopamine and at the same time it is losing these critical neural connections,” stated Labrie. “Like many other neurological disorders, schizophrenia and bipolar disorder often have early, or prodromal, phases that begin years before obvious symptoms. It is our hope that our findings may lead to new biomarkers to screen for risk, which would then allow for earlier intervention.”

How Epigenes Regulate Schizophrenia and Bipolar

The researchers compared DNA from brain cells of people with either schizophrenia or bipolar disorder to DNA from brain cells of people without either disorder. Their findings highlighted a group of epigenes in an enhancer region at a gene called IGF2. Epigenes themselves are genes that turn other genes off and on. Enhancer regions are parts of DNA that enhance the function of at least one other gene. IGF2 is a gene that codes for the production of a hormone called Insulin-like Growth Factor 2, which is used in making sure certain synapses in the brain develop properly. When enhancers don’t work properly, for instance, if they’re too active, it could bring about chemical imbalances in the brain that lead to diseases and disorders in the brain and in other parts of the body. This seems to be the case in the brains of people with either schizophrenia or bipolar disorder that suffer from bouts of psychosis.

On top of that, this IGF2 enhancer region of DNA also controls the activity of a close-by gene called TH, which stands for Tyrosine Hydroxylase, an enzyme necessary for dopamine production. When the TH gene is switched on, even more dopamine gets produced, resulting in larger dopamine imbalances in the brain that leads to an increased likeliness of psychosis.

Furthermore, these irregularly elevated levels of dopamine in the brain are often coupled with disruption of brain synapses, resulting in a double whammy that exacerbates conditions in the brain leading to psychosis.

Dr. Shraddha Pai, a postdoctoral fellow at University of Toronto and the study’s first author, commented on the methods and future applicability of these results. “We used cutting-edge computational strategies to understand the events occurring in brain cells that underlie psychiatric disorders.” She went on to say, “Our results were strengthened by additional studies in disease models. This comprehensive approach lends weight to our findings, which we believe will propel additional groundbreaking investigations into this enhancer at the IGF2 gene.”

There has been speculation to whether or not a parasite present in cats may be responsible for the development of various psychoses, such as Schizophrenia.