The Proven Science of How to Enjoy Your Job

In True Grit, Grace, and Gratitude, I used the term “happy hour” as a constructive and necessary analogy, but I do have a good bit of aversion toward the expression. Why does an hour we reserve to be happy have to be after work? I also have tepid excitement for the sayings “Work hard, play hard,” and “All work and no play makes Jack a Dull Boy” because the masses interpret them as having work and play happening at two different times.

My approach to executive coaching is multi-faceted and situation-based, but my greatest mission is to blur the lines between employment and enjoyment. My view of the optimal workspace to which leaders should aspire is one where leaders create, in themselves and their employees, a pervading feeling of drive, purpose, camaraderie, and comfort. Now let’s match the facets of that statement with the brain science behind the human state of happiness.

The article “Hacking Into Your Happy Chemicals“ by fellow Huffington Post columnist, Thai Nguyen of theutopianlife.com, sums it up beautifully, identifying the four primary brain chemicals secreted during happiness: 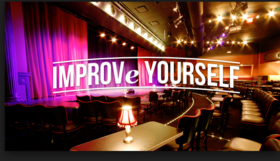 Take a moment to see how well the bolded words map to my statement of the optimal workplace.

So what levers can we pull to promote happiness? And how do these techniques specifically map to the brain chemistry that makes you and your teams go to work with a big glorious smile?

1. Turn your work into a game

Da Big Kahuna here is Dopamine. Take it from fellow Psychology Today blogger David J. Linden, Ph.D., who showed that the interaction of challenge and success inherent in video games leads to the secretion of great amounts of dopamine, (a.k.a. the pleasure circuit). Dopamine also addictive, achievement begets a further desire to achieve. Just this week, I received an email from a client with whom I had devised a game called “Listen All the Way.” My interviews with work colleagues revealed her habit of interrupting, leading her to decisions based on incomplete information. Having played the game, she reported, “I realize we are often not aligned … and it turned out that their solutions are often better than mine.” She is surprised that her direct reports might have better solutions than hers because she at times forced her own solutions through interruptions. Through the game and a trickle of dopamine, she spontaneously gives herself room to empower her employees to empower her. By the way, when her employee is acknowledged for the solution, that serotonin release creates approval leading to a spontaneous ambition to achieve more, and when the team implements the joint solution, Oxytocin creates a feeling of togetherness. We find these chemicals appear together time and again.

There are so many essential benefits that comedy troupes such as Darren Held’s Held2gether Improv for Life have brought forth in training the likes of Google, PepsiCo, MetLife, McKinsey, American Express, DuPont, Ford, and Procter & Gamble. One is that laughter is one of the most effective triggers of endorphins. Many people will dread two hours of continuous work. Put them in a comedy club with an ambitious comic who is slaying the room for the same amount of time, and they’ll fret when it’s over. The primary difference is that endorphins are being secreted, (a.k.a. the second wind chemical). Endorphins, also addictive, give you sudden bursts of energy and a desire to persevere with a task, even through massive amounts of discomfort. This explains how “runners high” is spawned from such an excruciating activity. Too many years ago, I was on a massive enterprise-wide project that was failing badly—until someone kidnapped our project mascot, a doll, and began sending pictures of it in various sordid situations and with injuries. The kidnapper laid out a menu of misfortunes that would befall the mascot as each future milestone was missed. The team found the charade hilarious, shaped up, worked together, and snapped back on track with the milestones with startling efficiency. Incidentally, see serotonin and oxytocin above.

3. Communicate clearly with employees, bring them together, and reward them

How cliché can I get? Well when science proves something out, it should be shouted from the rooftops beyond facial blueness. In everyday life, when we receive hugs and gifts, oxytocin brings us a feeling of togetherness and trust, leading to happiness and stronger relationships and teamwork. Organizations that communicate effectively and reward when clear goals are met have been clinically proven to achieve the same results for employees, bolstered by the research of fellow Psychology Today blogger Paul J. Zak. What’s more, I often encounter personnel of large corporations who meet global service days—where teams take time off to work at community sites—with hints of cynicism, feeling they and the less fortunate are being exploited by the company to enhance its brand. If they dug a bit deeper, however, they’d also find that when properly positioned and organized, these days could just as easily be named global oxytocin days, and their companies might actually be interested in their engagement and happiness as well.

I truly hope that understanding how the basic chemistry of happiness can be triggered during work will create greater incentives for today’s most powerful leaders to remove the dividing line between work and play to catapult our nations global economic effectiveness.

Featured on ABC, Huffington Post Live, The Dr. Oz Show with Deepak Chopra, in CNBC, US News and World Report, Yahoo Finance, Self Magazine, The Miami Herald, and radio shows across the country, Laura Berger, PCC is a leadership expert in corporate and personal development, speaker, media personality, certified executive coach, expert blogger for Psychology Today and The Huffington Post, and bestselling author.

She is a confidant of CEOs, partners and senior executives who consistently extend their potential to make their companies flourish. She helps clients to achieve clarity and weigh alternatives, seeing and owning obstacles and opportunities by looking from the outside in.

Listed as one of 100 Truly Amazing Women, June 2012 Woman of Focus, certified by the International Coach Federation as a Professional Certified Coach (PCC) and a member of the Joe DiMaggio Children’s Foundation, Laura actively utilizes her extensive network and span of influence to enable those she serves to not only blast through their speed limits at work, but also to be giving of themselves in life.

She is an inspirational speaker and has extensively served as a forum panelist on topics such as how to negotiate like a woman and as the keynote speaker at multiple venues including Merrill Lynch, Strategy& (PwC), Society for Human Resource Management (SHRM), the National Association for Professional Women, Inspiration University and National Association of Women Business Owners (NAWBO). As an in demand speaker, her clients happily invite her back to engage, inspire and move their participants to action. She is co-author of two books, “Fall in Love Again Every Day” and bestseller, “Radical Sabbatical”.

Just Keep Swimming: Life Before and After my ADHD Diagnosis

In the first part of his ongoing blog series, Roland E. Jung discusses life before and after receiving his diagnosis of ADHD.

People who love narcissists are starved for expressions of love. But, narcissists are capable of giving them? Darlene Lancer, JD, MFT answers that question in this article.