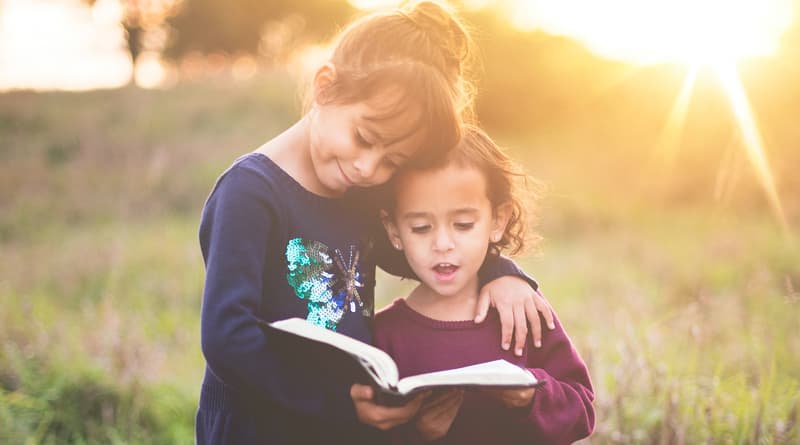 We were there because Amanda wasn’t talking in her class. There were rumors that her teacher, frustrated with Amanda’s lack of speaking, had shook her in front of her classmates. We knew something was awry when Amanda, who had enjoyed school before, was screaming and begging not to go. My parents were furious at the teacher. However, even when she was placed in another class, there was one thing my parents couldn’t ignore – Amanda hated school and wasn’t learning. And that’s why we were at the pediatric neurology office.

I listened carefully to the conversation. I overheard the doctor ask “Have you ever seen Amanda play make believe at home?” I could see my father think about his answer.

Amanda used to follow me everywhere, like any little sister. Where I was, she was. We would go outside and play a game I invented, Cavewomen. The first task was to construct a safe cave, which would typically be our swing set. The slide would become a waterfall. The swings were our seats. The top of the slide would be a lookout point to help us prepare for any predators coming our way. Amanda would be in charge of finding food while I busied myself with the diplomatic duties of an ambassador to the animal kingdom. I would tell her to look for plants in our backyard to “cook” and she would gleefully do so. She would carefully pick one type of leaf at a time.

“Just grab a whole bunch of leaves, it doesn’t matter that they’re the same or not,” I would tell her after impatiently waiting for her to return to our cave.

However, she insisted. In the end, I was always fascinated to see the different piles of different types of leaves inside our “cave”. While I saw all the leaves on the ground as a bunch of old leaves, Amanda saw a symphony of colors, textures, and shapes that littered our backyard.

“No, I don’t think I’ve seen her play make believe,” my father answered.

I rose from my seat and ran over to the adults, “No, she does! You don’t know her like I do!”

“Go back to your seat, we are trying to talk!”

My Quest to Understand

Advocating for my sister didn’t stop at the doctor’s office. Thereafter, I would be on a quest to understand all I could about autism. The word autism was thrown around a lot while growing up, like this mysterious word that was supposed to explain everything but nothing at the same time. If I asked what autism really meant, even my parents couldn’t give me a straight answer.

So, I turned to Amanda for answers. My scientifically inclined brain watched and observed her.

“She doesn’t want to speak in class, who cares?” I would think.

I didn’t think she was that different from me. We both liked similar foods, we both liked the same Disney movies, and most importantly, we both liked to play Cavewomen. We even had our own radio station where we would record interviews with each other. What was so different about her aside from the fact she didn’t like school? However, when we would work on homework together, that’s when I saw how her way of learning was different. I would wonder, did anyone else notice this?

She was mainly struggling with reading and it worried my parents. I took the investigative approach and began learning about why this was the case. I quickly learned that Amanda was stuck on the meaning of a few key nouns. So, I started the noun “cup”.

She nodded. I grabbed a clear cup, “What’s this?”

Then I remembered the piles of different leaves she would make when we played Cavewomen. I knew what had happened, everything about that blue cup made it a “cup”. Just like the leaves in our pretend cave, Amanda had arranged these different cups in her head into different piles. It was a matter of showing her how that although they were different, they were the same as well. So, I would teach her the word “cup” by showing her other types of cups. Before long, the kitchen table was scattered with all the cups I could find in our cupboard. Eventually, she understood – as if she had formulated a prototype in her head of what made a cup a “cup”.

Thereafter, I would earn my MD and PhD, to learn all I could about autism. I would eventually learn that my observations of my sister were backed by science. Like how the autistic brain is hyperfunctional – meaning it can take in a lot of details of something at once. It means that for a young learner, having such a detail-oriented mind can be overwhelming. Like Amanda, a child with a hyperfunctional brain needed to be guided and shown how things can be different and the same. After that day on the kitchen table, Amanda and I would work on other nouns. Soon, Amanda felt more and more connected to her world. She felt empowered and more confident. The transformation of my sister was why I started GoManda – named after my cheer for Amanda at that kitchen table.

With GoManda, I want other autistic children to feel empowered and more confident. So, I created an app that harnesses the detail-oriented mind to teach vocabulary. Inspired by when I taught cups to Amanda on the kitchen table, GoManda shows many variations of nouns on a tablet – like a Netflix of Nouns. This method is evidence-based and backed by research. Students who have used GoManda feel more empowered and confident as they increase their vocabulary. Now, after months of work, we are ready to launch on April 28, 2021!

With GoManda, I hope families around the world will develop their own cheer for their child like I did those many years ago at the kitchen table with, “GoManda! GoManda!” 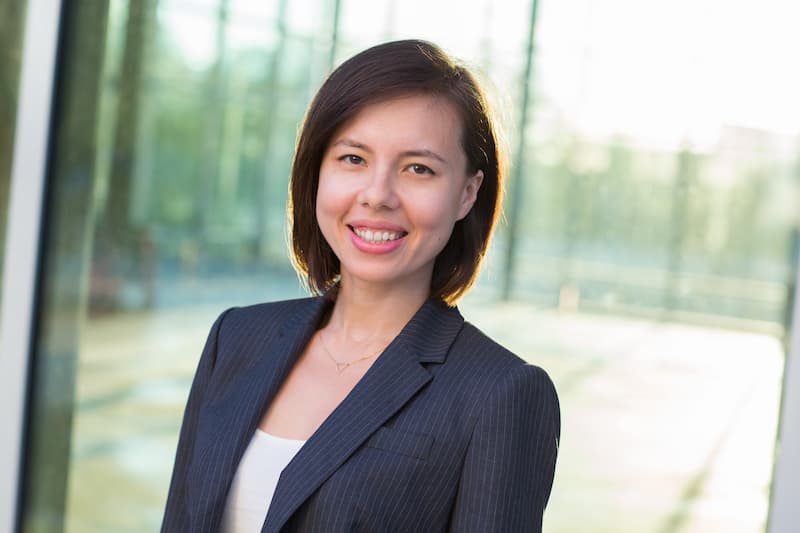 While growing up with her autistic sister, Amanda, Celest Austin grew to appreciate her sister’s way of thinking. Dr. Austin was alarmed how most resources available did not nurture her sister’s unique way of thinking but instead tried to reprogram her with products and services labeled as “cures” and “treatments”. With such limited resources available, Dr. Austin’s family made sure to celebrate whenever Amanda accomplished anything with the cheer, “GoManda! GoManda!’

From then on, Dr. Austin decided to dedicate her life to autism and studied the uniqueness of autism. After obtaining her MD/PhD from the University of Texas Health Science Center in San Antonio in 2016, Dr. Austin knew she wanted to do more and walked away from further medical training to found a company called GoManda, named after her sister Amanda. Inspired by the unique learning style of Dr. Austin’s sister, GoManda is a company dedicated to celebrating the unique mind of autism. GoManda has created a platform that teaches vocabulary using strength-based teaching – a teaching method that works with autism’s unique learning style rather than against it.

Splitting: Why We Love Dr. Jekyll and Hate Mr. Hyde

Darlene Lancer, JD, LMFT discusses "splitting", and the emotional and phycological effects it can have in relationships.

A World of Possibilities for Autism: Here, There, Everywhere

Whether in a small town in Mississippi or within a 4.3 million-person metropolis, communities are built one person and friend at a time.  Communities make dreams possible, help us overcome obstacles and quiet our fears.