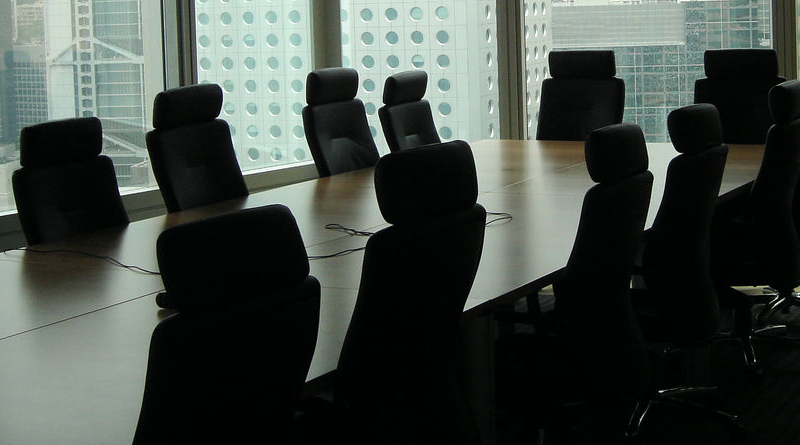 Today is a time when diversity is valued. Yet even though diversity is seen as a goal for companies and organizations to maximize both economic and social values, the manner in which they try to achieve it does not completely match those goals.

The reason for this is two-fold. First, diversity is seen more in how people look and from where they come rather than how different they may actually be. We often think of increasing diversity through changing the face of a company, either in terms of how many minorities it employs or through changing its gender ratio. While that is important, looking only at a person’s color or gender may still leave a team relatively homogenous in terms of how solutions are approached. For example, new studies in neuroscience have shown how people with different personality types can work together – when they understand the different ways each personality-type generates ideas, makes decisions, and solves problems – to maximize the productivity and sociality of the group. The key to such success is in recognizing the cognitive and behavioral strengths and weaknesses of each individual and complementing them with others. It also presumes that people are recruited with those strengths and weaknesses in mind, as well as with a clear understanding of the job for which they are hired.

Neurodiversity should also be embraced as a goal to maximize economic and social values. As an approach that conceives of diverse neurological conditions, not simply as aberrations from a norm, but rather as a result of normal variations in humanity, it recognizes that the strengths of neurodiverse people should be fostered and weaknesses can be mitigated. Moreover, by taking a view that the spectrum of personality types and cognitive skills is in fact much broader than what society deems as normal, it allows for a fuller understanding of the benefits of diversity. Just as when teams integrate different personality-types in a way that maximizes the benefits and minimizes potential conflicts, neurodiverse people can be integrated into this “team building” approach as well. This is, in fact, beginning to occur at many large technology companies, such as Microsoft and Hewlett Packard, but such an approach could be implemented anywhere.

Leadership in creating an atmosphere of diversity, whether it be neurodiversity or any other type, cannot simply be mandated from above. Leadership must also come from below to change culture.

This brings me to the second reason why neurodiversity has not achieved the same focus as other types. Diversity recruitment has been continuing the same strategies for decades, even when views of what constitutes diversity have changed. Job descriptions oftentimes look for similar types of people even when the details of particular jobs differ greatly. To increase neurodiversity and productivity, job descriptions and human resources departments should seek out people who fit the particular needs of a certain position. This means that they should think about which strengths are needed for a given job – and not just what type of person a company would like to hire. Also, people are usually not good at evaluating other people – and how well they might fill a position – objectively. People quickly evaluate the competence of a candidate via his or her communication skills and organizational cultural fit, yet these biases, besides excluding the neurodiverse, simply reinforce the status quo rather than improve upon it. Companies have started to incorporate other assessment and training processes, such as longer informal sessions where candidates can demonstrate their abilities and interact with colleagues. This can help level the (biased) playing field for neurodiverse individuals, while giving a fuller picture of any candidate’s fit for a given position.

Even though they were introduced to increase diversity more generally, current onboarding strategies (strategies for incorporating new people into a team) can also benefit neurodiversity. For example, employee engagement now includes mentoring programs that help members of corporate and non-profit teams acclimate better to their new positions and environments. While this has generally been introduced for those with different socio-economic backgrounds, the strategy can benefit any type of diversity. More importantly, it has the overall goal of recognizing the individuality of employees rather than trying to find cookie-cutter staff to fill positions. Also, the cost of onboarding neurodiverse employees need not be seen as onerous, especially when studies have shown productivity and loyalty are higher for successfully integrated neurodiverse employees than for neurotypical employees.

Leadership in creating an atmosphere of diversity, whether it be neurodiversity or any other type, cannot simply be mandated from above. Leadership must also come from below to change culture. Furthermore, companies must engage managers and their employees to implement change through exposing teams and individual employees to (neuro)diversity as well as encourage social accountability for change. This does not occur in passive “diversity training” sessions. It happens when people work together and actually experience examples that challenge current biases. Only when current experiences change will beliefs change. The key, from both a corporate and a social perspective, is in seeing individuals in their own context so as to facilitate their ability to contribute.

We have already seen the myth of homo economicus (i.e. that of the uniform maximizing rational consumer) be debunked through the various studies on spending and saving habits among people in society. It is time to recognize that production can grow, creativity can expand, and society can be more inclusionary, when we value how different ways of thinking increase the ways in which we solve problems and create opportunities.

Share on FacebookShare on TwitterShare on Google+
Ira Bedzow

Ira Bedzow, Ph.D., is the director of the Biomedical Ethics and Humanities Program at New York Medical College. His responsibilities include directing the biomedical ethics courses and overseeing the concentration programs for undergraduate medical students in medical education, research, population health, and ethics. He is also a senior scholar at the Aspen Center for Social Values.

Jackie M. Marquette discusses the adversity that has touched the life of a close friends with autism, and offers tips for supporting a person on the spectrum that may be facing life changes.

What Is A Narcissist?

Planning For The Future: The Importance of Special Needs Trusts

In this blog article, Jennifer Gomez, Esq. highlights the reasons why a Special Needs Trust can be so important for planning the future of loved ones with special challenges.