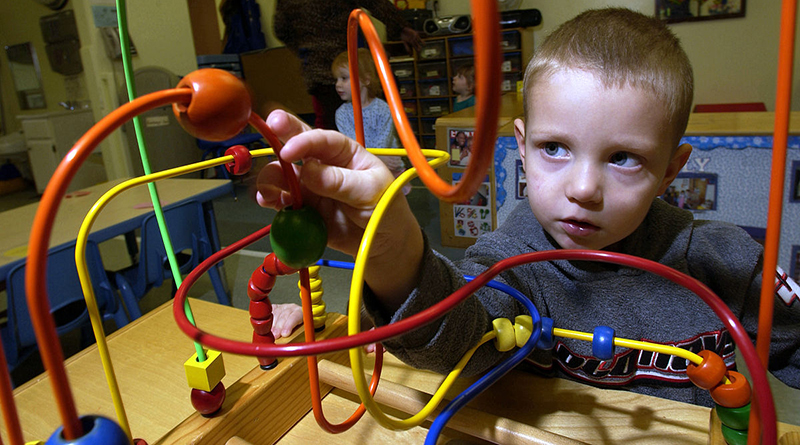 The brains of children who suffer clinical depression as preschoolers develop differently than those of preschoolers not affected by the disorder, according to a new study conducted at Washington University in St. Louis.

These children’s gray matter—tissue that connects brain cells and carries signals between those cells and is involved in seeing, hearing, memory, decision-making, and emotion—is lower in volume and thinner in the cortex, a part of the brain important in the processing of emotions.

The findings show “how a life experience—such as an episode of depression—can change the brain’s anatomy,” says first author Joan L. Luby, a professor of child psychiatry at Washington University whose earlier research shoed that children as young as three can experience depression.

“Traditionally, we have thought about the brain as an organ that develops in a predetermined way, but our research is showing that actual experience—including negative moods, exposure to poverty, and a lack of parental support and nurturing—have a material impact on brain growth and development.”

The findings may help explain why children and others who are depressed have difficulty regulating their moods and emotions. The research builds on earlier work that detailed other differences in the brains of depressed children.

For the study, published in JAMA Psychiatry, researchers studied 193 children, 90 of whom had been diagnosed with depression as preschoolers, performed clinical evaluations on the children several times as they aged, and also conducted MRI scans at three points in time as each child got older. The first scans were performed at ages 6 to 8, and the final scans were taken at ages 12 to 15. A total of 116 children in the study received all three brain scans.

“If we had only scanned them at one age or stage, we wouldn’t know whether these effects simply were present from birth or reflected an actual change in brain development,” says co-investigator Deanna M. Barch, head of the psychological and brain sciences department. “By scanning them multiple times, we were able to see that the changes reflect an actual difference in brain maturation that emerges over the course of development.”

The gray matter is made up mainly of neurons, along with axons that extend from brain cells to carry signals. The gray matter processes information, and as children get older, they develop more of it. Beginning around puberty, the amount of gray matter begins to decline as communication between neurons gets more efficient and redundant processes are eliminated.

According to Luby, “As children develop normally, they get more and more gray matter until puberty, but then a process called pruning begins, and unnecessary cells die off. But our study showed a much steeper drop-off, possibly due to pruning, in the kids who had been depressed than in healthy children.”

The researchers are planning to conduct brain scans on even younger children to learn whether depression may cause pruning in the brain’s gray matter to begin earlier than normal, changing the course of brain development as a child grows. “A next important step will involve determining whether early intervention might shift the trajectory of brain development for these kids so that they revert to more typical and healthy development,” says Barch, who is also head of the psychological and brain sciences department.

That is the main challenge facing those who treat kids with depression. “The experience of early childhood depression is not only uncomfortable for the child during those early years,” says Luby. “It also appears to have long-lasting effects on brain development and to make that child vulnerable to future problems. If we can intervene, however, the benefits might be just as long-lasting.”

This article is republished under the permission of the Creative Commons Attribution 4.0 International license. The piece has been edited from the original, which can be seen here.