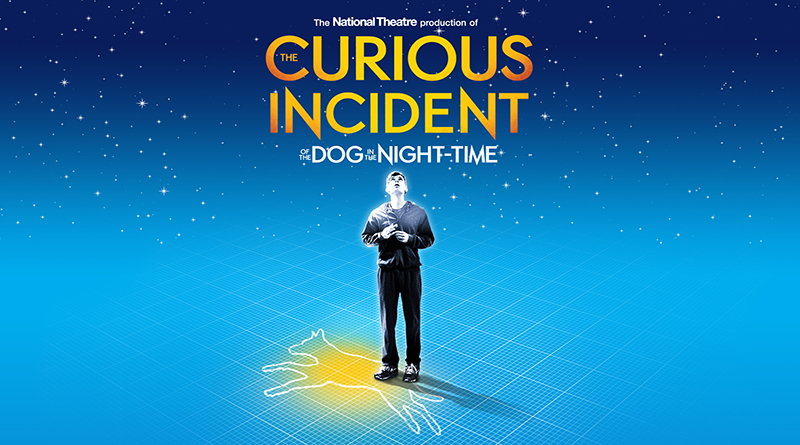 I didn’t think I would like Stephen Simons’ Broadway adaptation of The Curious Incident of the Dog in the Night-Time.

True, the play swept the 2015 Tony awards (tying the musical Fun Home for a total of five wins apiece). True, it was based on a novel that I had read (three times) and admired: Mark Haddon’s 2003 bestseller of the same name, one of the first novels to be narrated by a teenager on the spectrum. (Haddon, to his credit, has written, “Curious Incident is not a book about Asperger’s….if anything it’s a novel about difference, about being an outsider, about seeing the world in a surprising and revealing way.”) But the very structure of the novel defies staging. It’s narrated in first person by the protagonist, Christopher Boone, and purports to be a book-within-a-book, as it’s his record of his (ultimately successful) attempt to solve the mystery of who killed a neighbor’s dog.

But novels rarely become plays. (A phenomenal exception is Wicked, the musical that’s won too many awards for me to list here.) Novels become movies, and often very successfully. When a story goes from one medium to another, the storyteller(s) must make use of the tools of the new medium, and filmmakers have a giant toolbox. They can take the viewer where the camera goes; they have special effects that in modern times rival anything that Lewis Carol might have invented, and if all else fails they can use a voiceover that mimics the novelist’s use of a narrator.

Playwrights face a greater challenge, and so, when they succeed, deserve greater admiration. The theater has benefited from advances in technology as well (Think helicopter in Miss Saigon) but the audience is there and the action is live.

Stephen Simons (who won both the Olivier and Tony awards for Best New Play) envisioned how Christopher’s book-within-a-book could become a play within-a-play: Christopher alternates acting out his story with his counselor Siobhan reading it aloud.

The action unfolds within a set that’s an integral part of the action: Walls and floor are a black grid. Through the use of projections, the black walls can light up to depict everything from the Canis Major constellation to the trees passing along a railway line, to the multitude of signs in an Underground station.

[pro_ad_display_adzone id=”20922″] But most of all, the black box is Christopher’s brain, which, for most of the play, we live inside of, sharing the barrage of stimuli that comes his way, as he first looks for the dog’s killer and then travels to London.

So it’s not surprising that two of the Tony awards that Curious Incident won were for lighting (Paule Constable) and set design (Bunny Christie and Finn Ross).

The last moment of the play is also theatrical in that the actress answers a question with a gesture only. But herein lies a spoiler, a Class A felony, so I will stop there.

The last sentence of the novel has stayed with me for over a decade. It won’t spoil anything but cover your ears and hum if you don’t to read it. “I wrote a book, and that means I can do anything.” I think so, too.

Michelle, 30, shares her story about dealing with the coronavirus pandemic and how having autism has played into her experiences with quarantine.

The Student-Athlete: Mental Health During COVID-19

Jonathan Spaan discusses the impact that COVID-19, and the related cancelations and shut-downs, has had on student athletes.

My Worldwide Travels With Epilepsy

Self-advocate Lesley Donnelly shares her journey of living with epilepsy while traveling the world.