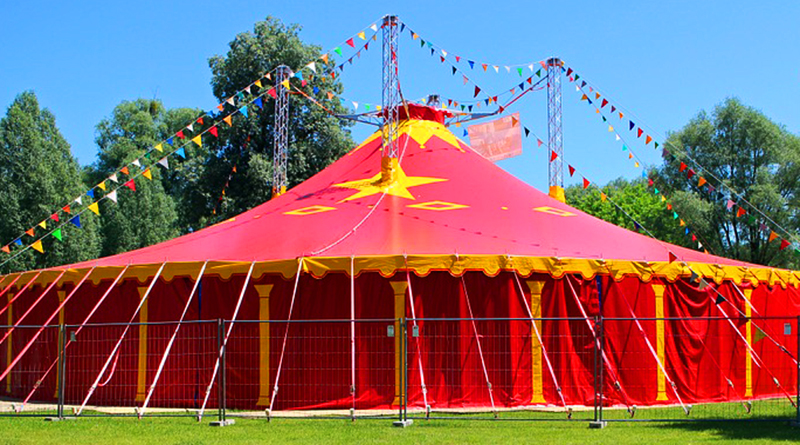 When you think of a circus, you think of the wild events, strange lights, and the scents of food and animals, all that comes with it—but rarely would you imagine a child with autism-related hypersensitivity being able to tolerate it. Mike and Alisa Maron don’t often take their son to events. Though not a “child,” Greg Maron is a 24-year-old nonverbal young man on the autism spectrum. Last fall, Alisa Maron’s sister, Jodi Benway, bought the family of three three ticket to the Big Apple Circus for a special performance geared to an autism spectrum audience. And according to his mother, Greg Maron had the time of his life.

“He thought it was great,” she added. “It is hard to keep his attention, but he was fascinated. He is not usually able to sit still, but he did. He sat for the whole thing. He was very interested. I was amazed. Greg is an adult, but he still needs one-on-one. He has a cognitive impairment, a shorter attention span, he can’t tell us he liked something, but he sat through the performance and was smiling.”

For this reason, the one ring circus presents shows such as “Big Apple Circus Embraces Autism,” said Will Weiss, who is the executive director of the Big Apple Circus.

The word “embrace” is purposeful and meaningful, Weiss said. “We work to create a joyful experience for all. The whole experience from the time they walk up to the tent to when they leave is for people who are differently-abled. We are in this together. Everybody all over the world can understand this experience of the circus. It is a very visceral experience. Those on the autism spectrum are a very special audience, this is tailored for us to embrace them and invite them in to share the experience.” The differences between the “Big Apple Circus Embraces Autism” and “The Grand Tour,” their full version of the show, are that the Big Apple shows have a shorter running time of 75 minutes, adjusted lights and sound, a calming center, pictorial social narratives and specially trained staff and volunteers to assure “a show of joy and wonder.”

“The show allowed for others to get up if they needed,” Alisa Maron said. “It was a little shorter. Greg tends to yell out, usually he gets up, gets excited. And if he did here, it would be okay. This was definitely an autism-friendly performance.”

“This circus is for everyone—from 3 to 93,” Weiss said. “We really want everybody from every generation, from every age group to have the same kind of experience of joy and wonder.”

The audience is made up of fewer people in each row. Volunteers and performers participated in specialized training. Calming centers are set up for members of the audience who might need a break from the show.

Weiss added that for many on the autism spectrum, advanced knowledge also offers comfort. The Big Apple Circus offers specific information about the show to groups, schools and families, as those with autism tend to have a greater sense of security when they are prepared.

This article was based on one published by MyCentralJersey.com, which can be read here.

A fan of Michael Jordan received gifts and a phone call from the sports legend after his video went viral.

The brains of children who suffer clinical depression as preschoolers develop differently than those of preschoolers not affected by the disorder, according to a new study conducted at Washington University in St. Louis.

In this episode, Dr. Hackie Reitman speaks with author and autism advocate Stephen Shore. Stephen was diagnosed as non-verbal and autistic at the age of 4, when doctors suggested his parents institutionalize him. Since then he has gone on an amazing journey that has led him to speaking on behalf of autism and neurodiversity in 49 countries and all but one continent.