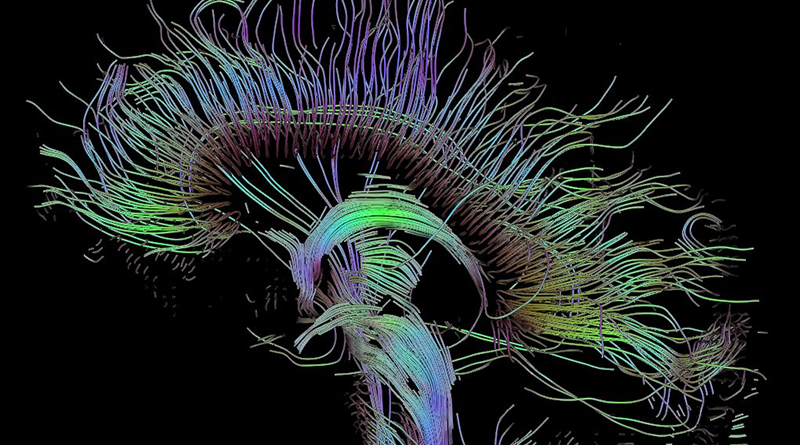 In what’s being considered by many as a milestone in neuroscience, researchers have published a new map of the brain detailing close to one hundred previously unknown regions. Scientists will rely on this guide in an attempt to understand all aspects of the brain, including child development and the influence of conditions such as Alzheimer’s and schizophrenia.

The map was created with advanced scanners and computers running artificial intelligence that “learned” to note the brain’s hidden regions from data collected from hundreds of subjects.

David Kleinfeld, a neuroscientist at the University of California, San Diego, states that this is a step toward us understanding “why we’re we.”

While this is an important discovery, however, the new map is not the final say on the working of the brain, and it may take decades for scientists to figure out what each part of the brain’s function is.

The first hints of the hidden regions of the brain came about as far back as the 1860s, when physician Pierre Broca was intrigued by two nonverbal patients of his. Broca examined their brains after their deaths, and found that both had suffered damage to the same patch of tissue on the cortex.

That area has come to be known as Broca’s area. And in recent decades, scientists have found that it becomes activated when people speak and when they try to understand the speech of others. Later that century, German researchers noted more regions of the cortex with distinct types of cells packed together in unique ways. A catalog of 52 brain regions was then published by Korbinian Brodmann in 1907, and was relied on by neuroscientists ever since.

Matthew F. Glasser, a neuroscientist at Washington University School of Medicine, set out with his colleagues in 2013 to create a new map by drawing on data collected by the Human Connectome Project. Over one thousand volunteers were studied with powerful new scanners, and each participant’s brain was recorded by high-resolution images. The activity of each brain was then recorded during hours of tests on thoughts, such as memory and language.

Thanks to the Human Connectome Project, the brain can be studied in much greater detail. Scientists are now able to look at the brain’s activity and anatomy

According to David C. Van Essen, principal investigator with the Human Connectome Project at Washington University Medical School, scientists now have 112 different types of information to tap into. And using the new variables, they were able to train a computer with data from 210 brains to recognize discrete regions of the cortex. After profiling the different combinations of certain characteristics, the computer tested on 210 more brains, and was able to pinpoint regions in the new brains about 97% of the time.

The scientists found that a small amount of features were needed to map the brain, meaning this method can map the brain on about an hour of scanning. The computer also produced 83 familiar regions on the map and 97 that were either unknown or forgotten.

Many neuroscientists hope that the new map will help to strengthen their experiments and knowledge of how the brain works. Dr. Kleinfeld predicts that other researchers will find ways to verify the accuracy of the new map, such as the use of combination of active genes in each region of the cortex for genetic testing.

“You can imagine going to these 180 regions, taking a punch of tissue, and seeing if you can really genetically differentiate them,” says Dr. Kleinfeld.

Many experts also believe the brain will come out to be an even greater collective of cooperate regions upon further inspection. Dr. Van Essen states that he and other scientists will be using the map to track the development of young brains and the affects of conditions such as Alzheimer’s.

This piece is based on an article in the new York Times, which can be read here.