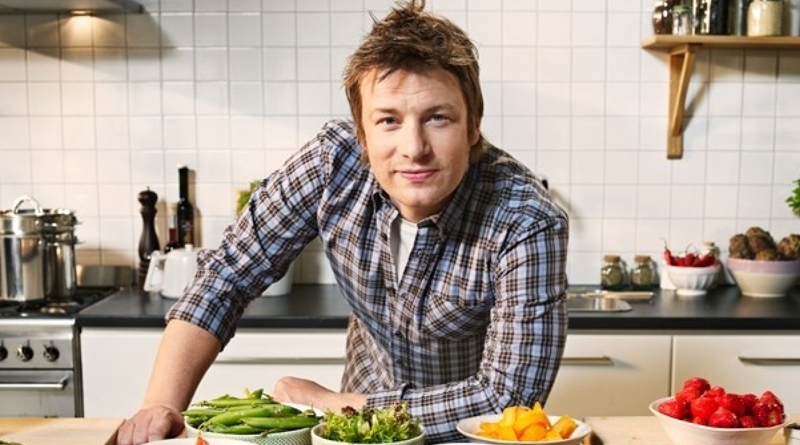 There are many successful and famous people out there who have dyslexia, like Sir Richard Branson (Billionaire founder of Virgin Group), and historians have often suggested Albert Einstein, Pablo Picasso, and Leonardo da Vince had it as well. But, few have been as outspoken about the benefits of having dyslexia as celebrity chef Jamie Oliver.

“I genuinely think that when someone says to you, ‘Johnny’s got dyslexia’, you should get down on your knees, shake the child’s hand and say: ‘Well done, you lucky, lucky boy’.” He is among the 1 and 10 of us who have dyslexia, which he says has played a major role with helping him build a one-man brand worth around 400 million dollars.

“If I’m in a meeting, I just see the problems differently and I obsess about things differently,” he told the Radio Times. “Sometimes, when it requires a load of stuff to be done, I just do it. It’s like I’m a massive, 10-tonne boulder rolling down the hill.”

Dyslexia is a disorder that results in reading and spelling challenges. However, the positivity about this common condition is coming to the forefront of the campaign to improve awareness and coping strategies. Next month, during the annual Dyslexia Awareness Week, the British Dyslexia Association will be exploring the changing theme of positivity. They will be hosting events in schools and the hashtag #positivedyslexia2017.

“I have five severely dyslexic children,” says the association’s policy manager Sue Flohr, who is herself dyslexic. “They’re now a doctor, a teacher, a photographer, a designer and a nightclub manager. Dyslexia doesn’t prohibit anything, and being positive about it encourages children to find their strengths while working around weaknesses.”

Tests of dyslexics consistently show that dyslexics are better at spatial reasoning. Jim Rokos, a product designer and the curator of Dyslexic Design says, “I wouldn’t be able to do what I do if I wasn’t dyslexic. I can play with shapes and do experiments in my head in a way that other designers might not be able to.”

Rokos also believes the expectation of failure, which many dyslexics learn at school, directly influences those children to take more risks because they are expected to fail. “If you were to design a system to remove a person’s self-confidence, you’d come up with schools. So, for someone such as Jamie Oliver to say this really helps give some hope so that kids can get through to adulthood.”

A new app has been released for the iPhone which passively monitors user input in order to alert bipolar users of manic episodes.

Research conducted by scientists at Vrije Universiteit Brussels has provided hope for those suffering from epilepsy.