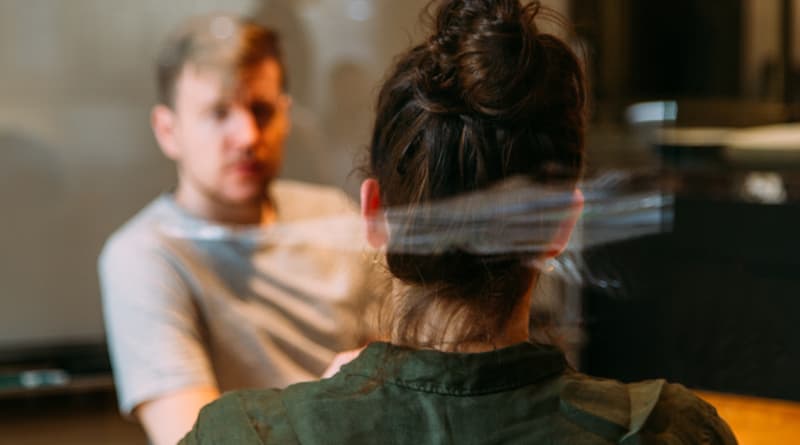 Therapy for NPD and Narcissists

Many people ask whether narcissists can change or benefit from therapy. Because narcissists see the cause of their problems as external due to their defenses of denial, distortion, and projection, their ability to look at themselves introspectively is limited. Thus, they don’t often come to individual therapy.

Narcissists only comprise 2-16 percent of therapy clients. (McClean, 2007). When they seek treatment, it’s usually to manage an external problem, such as a divorce or work-related issue, or following a major blow to their fragile self. Sometimes, they come because their spouse insisted on conjoint counseling, and occasionally, they seek treatment for loneliness and depression. Medication is sometimes used to treat their depression, but isn’t effective to treat narcissistic personality disorder (NPD.) But treatment can help.

Many therapists believe depth work should be avoided not only because the narcissists don’t believe their difficulties are a problem or due to themselves, but also because they need to strengthen their defenses against primitive feelings (Russell, 1985). One client who entered therapy during a tumultuous divorce soon quit. Self-examination tarnished his self-image, and he claimed lowered his self-esteem. He complained that he needed a drink to get through each session and also resented the analyst’s fees. He felt they were exploitative, “typical of women,” including his soon to be ex-wife. (In fact, they were very high, but not atypical for NYC.) 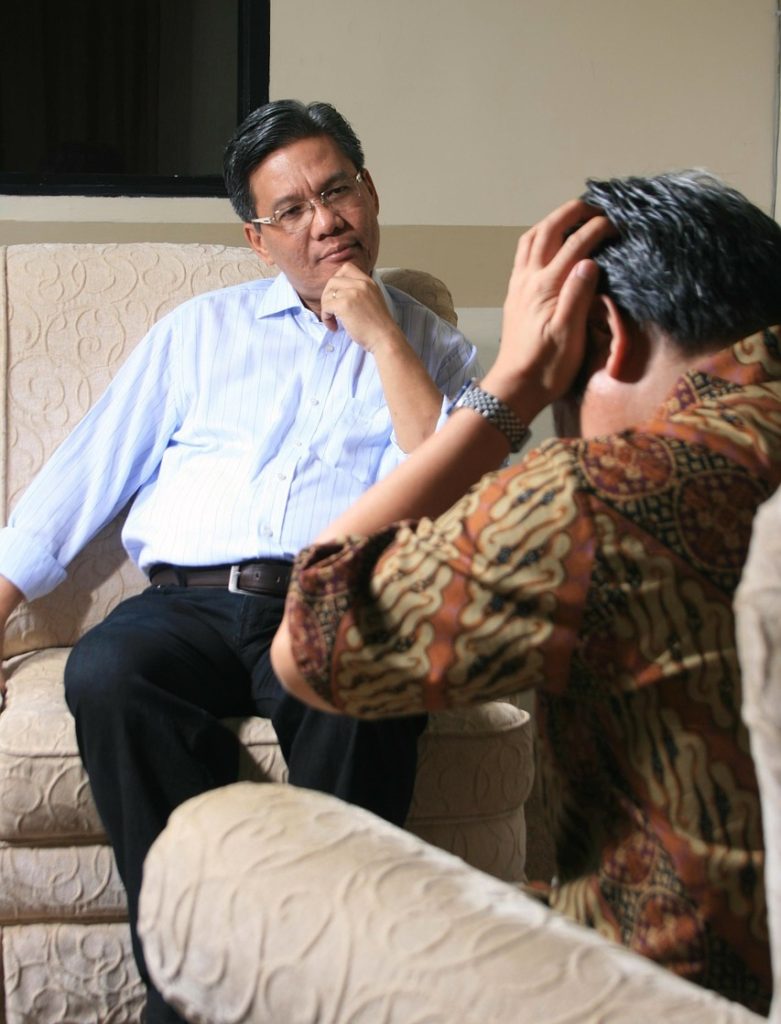 The foregoing example also demonstrates how much care must be exercised by the therapist, who should be trained and experienced in working with narcissists. Though they appear strong, they have fragile egos that are easily wounded. When that happens, like this client, they will leave and are unlikely to try therapy again.

Although narcissism is difficult to treat, progress can be made over time. Even weekly sessions over a shorter term can yield benefits. Patients’ functioning and adaptation to reality can improve through gaining some control over their defenses and by working through past trauma (Masterson, 2004). They can learn to manage their anger, rage, and impulsivity. Although narcissists may feign empathy in order to get close or win others’ approval, subclinical narcissists (without full-blown NPD) have been taught empathy by using their imagination to put themselves in another’s shoes (Hepper, Hart, & Sedikides, 2014). Narcissists who are philanthropists or volunteers in the community for the public approbation to boost their self-esteem can learn to empathize and be less self-centered by helping others without personal gain.

Psychoanalysis and psychoanalytic psychotherapy are generally used for treating the disorder itself. Treatment of two or more times per week centers on activating the patient’s grandiose self. By empathic mirroring, a “transmuting internalization” occurs, whereby the client internalizes the therapist positive, caring attitude, which creates healthier internal psychic structures. Narcissists defend against shame and fragmentation by feeling special through idealizing (idealizing transference) or identifying with (mirror transference) others. When the patient develops an idealizing transference, attributing perfection to the analyst, it’s in order to use him or her for stability, calmness, and comfort (Russell, 1985). Understanding the dynamics of projective-identification of these states is key in working with transference and countertransference (Lancer, 2013).

In comparing Kohut and Carl Rogers, psychoanalyst Robert Stolorow described the therapist’s empathic stance in client-centered therapy: “The client thus comes to experience himself as ‘prized’ . . . by the therapist, much as does the narcissistically disturbed patient immersed in a mirror transference” (Stolorow, 1976, p. 29). Quoting Rogers, Stolorow adds:

“The therapist endeavours to keep himself out as a separate person . . . his whole endeavour is to understand the other so completely that he becomes almost an alter ego of the client . . . The whole relationship is composed of the self of the client, the counselor being depersonalized for the purposes of therapy into being ‘the client’s other self.’ (Rogers, 1951, pp. 42, 208) ”

Kohut believed that the analyst should neither interpret transferences, nor defenses, including rage at the analyst who fails to live up to the patient’s expectations or satisfy his or her needs. Instead, the clinician should allow and echo the patient’s “emerging grandiose fantasies of self-glorification, especially the wish to feel special to and admired by the analyst” (parent), which were missed in childhood. (Russell, 1985, p. 146)

Kohut argued that interpreting the transference and confronting clients’ defenses risk being experienced as deeply wounding. This may cause more defensiveness and suppress the transference necessary for positive change. Kernberg also recommends a supportive, empathic approach, but in contrast, he maintains that both positive and negative aspects of the transference should be interpreted; rage in treatment must be confronted in order to preserve the therapy and contain patients’ fears of destroying it and any hope of receiving love (Russell, 1985).

Masterson employs a “mirroring interpretation of narcissistic vulnerability” only when the patient is acting-out in the transference. It’s a three-step process to interrupt narcissistic defenses in order to bring to the surface the patient’s underlying painful affect (Masterson, 2004):

Ideally, interpretations focus on the patient’s need to restore strength after feeling injured. With a grandiose narcissist, the therapist focuses on the failure to mirror the patient’s grandiose self. With a Closet Narcissist, the therapist focuses on failures in the idealized object (Masterson, 2004). Over time, continued mirroring and working through manageable disturbances in the therapy build trust in the therapist, so that the patient is now better able to participate in self-reflection and tolerate and ingest interpretations (McClean, 2007).

Other therapies for treating narcissism include transference-focused therapy and Jeffrey Young’s Schema Therapy, which integrates psychodynamic, cognitive, and behavioral approaches. Stephen M. Johnson also advocates an integrative strategy to include affective therapies, such as Gestalt, Reichian, and bio-energetics.

The goals of conjoint therapy are that partners attain more realistic and empathic perceptions of one another and that they can tolerate each other’s failure to meet their needs (similar to Kohut’s “transmuting internalization”) (Solomon, 1989).

Usually, underlying vulnerability and shame provokes escalating cycles of defensive maneuvers involving forms of attack and withdrawal (Lancer, 2014). These destructive defenses further deteriorate representations of one another and make therapy unsafe. However, couples can be educated that such tactics erode good feelings and damage their relationship.

To build self-awareness and mutual empathy, the therapist can ask them to each talk about how they protect themselves when they’re hurt, what they need and want from each other, and the effects of their current strategies. This can open an empathic dialogue between them about feelings, wishes, and needs, the way communicate, and its impact on one another.

When a defense is employed, the therapist should interrupt the issues at hand, stating something like, “I think we’re getting to the heart of something that hurts you both a great deal” (Solomon, 1989, p. 159). Then he or she can mirror the underlying hurt, emotions, and needs as suggested by Masterson, above, and guide the partner to assertively express them in a nonthreatening way.

Connecting the couple’s pain to their individual past provides space between them and mutual empathy. It allows projections to be detoxified, retrieved by the projector, and not taken personally by the recipient. They also need help to take responsibility for their individual self-soothing and finding other means of support for their needs.

Individual therapy with a Spouse/Partner

When narcissists won’t join counseling, their partners may enter individual therapy. The therapist can help the partner de-idealize his or her spouse and build self-esteem, autonomy, and resources outside the relationship. It’s helpful to connect the narcissist’s interactions to the partner’s yearnings and pain to childhood abandonment depression. Past trauma and shame can be worked through to increase self-worth and self-compassion.

Supporting the partner to stop reacting to the narcissist is the first step. Teaching the client to speak assertively is important. Partners need to learn to effectively ask the narcissist for what they want and to set boundaries on abusive behavior. This empowers the client and builds self-esteem. It also reduces denial and awakens the partner to the reality of the narcissist’s limitations. Intervening this way intrapsychically and systemically in individual therapy often substantially improves the couples’ interpersonal dynamics.

Do not try to be a therapist to a narcissist. This is not only dangerous, impossible, and can backfire, but can damage a partner’s own self and self-esteem. Instead, partners should learn all about narcissism, reclaim their self and self-esteem and take the steps in Dealing with Narcissist: 8 Steps to Raise Self-Esteem and Set Boundaries with Difficult People.

This piece was originally published here, and is republished with the author’s kind permission.

Linda Mastroianni discusses how her ways of communicating with her son, who has autism, have evolved over the years.

I am a wife, daughter, mom to a son and daughter, a breast cancer survivor, a friend to many and an autism coach.