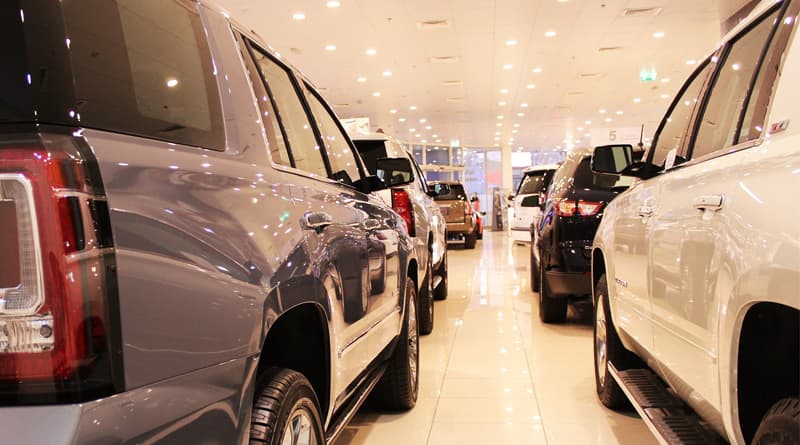 Fixated on General Motors: A Car Buying Experience from an Aspie

I just got married back in may of 2018, so my financial responsibilities have shifted quite a bit. It is a Scary but VERY exciting time for us. She is still in South Africa waiting to immigrate here to the USA with my stepson, Ulrich. She is an Afrikaans person, Dutch and German decent, born and raised in South Africa. My focus lately has been to travel back and forth until she can come to the USA, and spend as much time with her as possible. Yes, Responsibilities have changed – we are in need of a home and place for my business The Buddy Project Inc, Where we provide technology, training and advocacy to and for the intellectual and developmental disabilities.

One of our programs that we offer at The Buddy Project is that of Autism Advocacy Speaking where I travel the United States, and even the world, speaking to parent support groups.   Sharing my experiences on the autism spectrum and my late diagnosis really helps families get a good perspective. They learn that the diagnosis is not “The End of the World” for their child. They also see that I am happy and helping other people. I use a lot of miles on my car to do this, free of charge.

I have a problem, and a lot of people with Autism do. We have fixations on certain things and products, we know everything about them, most of all, we want them.   For example, for me it is Vehicles from a certain American Auto Maker.   I have the fixation of wanting to buy a 5th Generation General Motors Chevrolet Camaro so badly. I had a SS Convertible but had to sell it to some looming issues it had, and it was more economical for my speaking tour to use the Malibu that I purchased. I, however, still want a Camaro. I LOVE All General Motors Cars, and I have tried to get GM to work with my non-profit and speaking tour to no avail. They do not know how fascinated I am with their company and what kind of marketing tool that I am for them.

I LOVE to drive GM cars, and I do a lot of driving around the USA to visit autism parent supports groups for no charge. My non-profit pays for the miles that are put onto the vehicle but all too often I get “Upside Down” in the loan to where I end up needing thousands of dollars just to trade out of it. I once put 56,000 Miles on a 2014 Chevrolet Cruze I bought new and had for one and a half years.   Obviously, Cars are not investments – they are EXPENSES. I just so happen to be in the class of people who cannot just spend money like this, especially if it is on bank interest and not the actual car.

Shopping For The Right Car

With the reasoning of 1) saving miles on my 2018 Malibu, and 2) the fact that my wife will need a car (And Someday my Stepson will) when she leaves the “Rainbow Nation” (Things are not so Rainbowy there) South Africa for the United State, I went on a car search. I stumbled upon a great deal on a Pontiac G6 GT Convertible that she would just love, and the price was right. It was being sold by a long time car dealer friend of mine of Burdette Brothers in Clarksburg, MD. I knew he would make me an amazing deal on the car and finance it through his auto finance company, which I knew would make the car more than affordable for me. I decided to take a deposit to him in that of a used car that was donated to us, and some cash. It was to be that his sales person that assists him had just sold the Pontiac G6 just a day or so earlier. It was what it was, and I had to continue my search.

The Dangers of Haggling on The Spectrum

I recently found a 2012 Camaro 2LT RS 45th anniversary edition for $14,900 out the door at a Kia dealership in Westminster Maryland. I wrote their internet team and told them if they could do $14,500.00 out the door that I would buy the car. I was told that “They would not let a few hundred dollars stand in the way of a sale”, so I visited them to do the deal.   I was told that it was not possible to do that at the price agreed when I arrived in person. They wanted much more and refused the offer they agreed to. After I explained how I was told this and now they are not honoring the price, I was then offered the car at $14,900 Out the door. This is an issue with people with autism because we are not good at haggling prices and non-transparency. The car was in amazing condition, and I wanted it. The payments after my down payment would have been $150.00 to $200.00 on a good interest rate. I decided to purchase the car and start the paperwork. They came to me with a 18 percent interest rate putting the car at $299.00 a month. They were originally at $369.00 but after some restructuring of the deal, they got me down to $299. I was about ready to sign all of the papers, I could just feel that feeling of driving that car home. They kind of went one step to the next without really asking me what I wanted for sure, but I knew I wanted the Camaro. When the salesman called my insurance agent and while he was on the phone with him, I finally looked out the window at the car and thought, WOW, 72 Months at $299, I was going to be keeping this car for a LONG time for sure while paying the bank the bulk of the monthly payment. I thought of my wife, and how I want to get her here so badly, and the unneeded cost of the $299 a month that would burden me. I told the guy while on the phone that I could not do it and I had to go. He was really frustrated with me, but I just could not justify paying the bank that much interest.

What do I do? I am not the person who just wants to have the best and have something new to show off with – I just love my GM cars. For now my traveling to advocate for people with autism will be done in the car I already have. I hope to be in another Camaro soon, but not until I can truly afford it.

Walking Beside You: One Teacher’s Quest for Understanding

Tomer, an intern, shares his story about dealing with the coronavirus pandemic and how having autism has played into his experiences with quarantine.

What is Mild Cognitive Impairment?

Dr. Benjamin A. Bensadon of the University of Florida College of Medicine discusses mild cognitive impairment and how it differs from dementia.