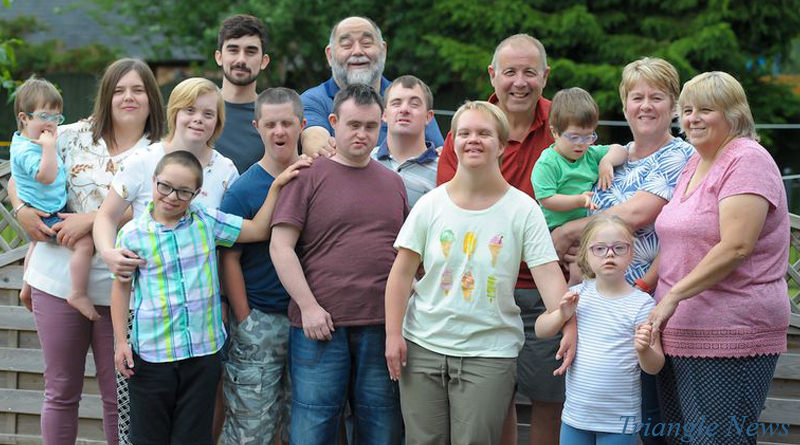 Even if their lives are different than those of their friends with “neurotypical” kids, they feel that the disability their children share has brought them together as a close and loving family.

It all started back in the 1980s when Pam’s brother Roger Bull and his wife Leigh adopted two kids who have Down syndrome: David, now 35, and Timothy, 28. They also currently serve as foster parents to the 4 year old Marie, and have biological children Jenny and Matthew. 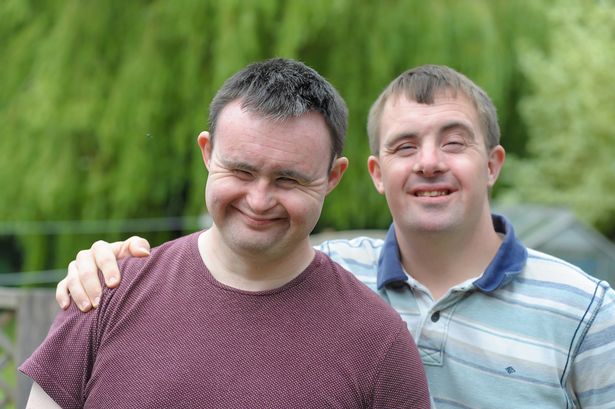 Inspired by her brother, Pam and her husband Gerald adopted: James, now 32, Alice, 28, Molly, 26, and Riley, 10. Pam and Gerald admit that they find it difficult to find much time for themselves, but also proudly state that they wouldn’t change a thing, and that their lives are much more fulfilling with their children in the picture. Incredibly, they adopted Riley back in 2012, despite being in their 50s. Pam and Gerald also have biological children Emma and Chris, 38 and 34, who love their unusual family setup.

Continuing the family tradition, Roger and Leigh’s biological daughter Jenny adopted now 6 year old Isabel in 2012 and currently 3 year old twins, George and Tomas in 2016, all of whom have the same chromosomal disorder as their uncles and cousins. 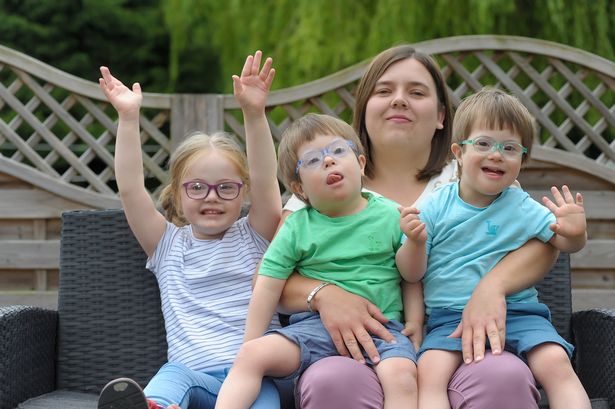 The entire family lives within just a few miles of each other in Swadlincote, Derbyshire. Pam and Gerald started volunteering at the Gateway Club in Birmingham in the 1970s, an organization dedicated to kids with special needs. Pam met Leigh there and introduced her to Pam’s brother Roger, and they soon were married. As couples, they made a pact to only adopt children with Down Syndrome, as they had all seen firsthand how many of them needed homes.

“If we hadn’t adopted then I would have worked until retirement, it would have taken us down a totally different path,” Pam admits. “But I wouldn’t change it for the world. When we look at our friends who haven’t got children with special needs our lives are very different, there’s no comparison. They’re having weekends away in hotels, going on cruises and going out for meals – we still go out in the evening but we have to find a sitter. It’s what keeps us active because otherwise life would become pottering in the garden or going for a walk but now our lives are consumed with taking them here and taking them there.”

Study Suggests Those with Autism Can Process More Sounds Simultaneously

A recent study suggests sound processing abilities in those on the autism spectrum may surpass that of neurotypical individuals.

A new study suggests that a drug intended for diabetes has proven effective at reversing memory loss in mice.