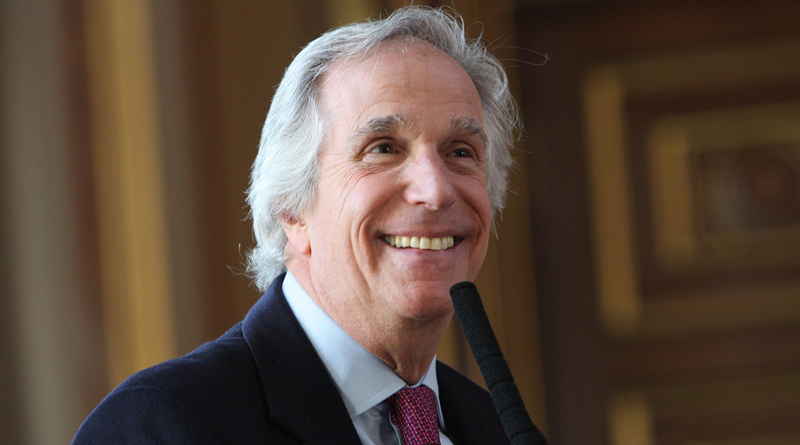 On Sunday, Jan. 27th, NPR’s Michael Martin from ‘All Things Considered’ had a chance to “sit on it” with the Fonz himself, Henry Winkler. The interview gave Winkler a chance to reflect on his proudest accomplishment, despite a lifelong struggle with Dyslexia; Winkler would become a best selling children’s author.

Winkler had a difficult relationship with his parents, growing up in a state of anxiety due to his undiagnosed Dyslexia. From an early age, he had been given an early impression that he was ‘stupid’ and ‘lazy’. He recalls to Martin, “I thought I was stupid … You take that mantle with you when it’s said often enough and when you’re young enough. There is an emotional component, I think, that comes along with learning challenges, where I had no sense of self.”

Like many parents, Winkler would go undiagnosed for many years, until finally deciding to have his own stepson evaluated for a specific learning disability. When his stepson was diagnosed with Dyslexia, in Winkler’s words, ”I went ‘Oh my goodness, that’s me.’ Now at the age of 73, Winkler expresses that he had just learned at the age of 31, ‘I found out I wasn’t stupid, that I wasn’t lazy — that I had something with a name.’

Taking this newfound discovery to heart, Winkler used all resources at his disposal to follow his dream of writing from a new scope. He wasn’t discouraged by his disability. Rather, he embraced it and found alternative routes around the obstacles he had faced.

According to the U.S. Department of Health and Human Services, up to 10% of people have difficulty reading. 70-80% of those with poor reading skills, diagnosed or not, may in fact have Dyslexia and not even know it. Dyslexia is a specific learning disability that affects one’s ability to code and interpret letters and symbols, which in turn causes difficulty in interpreting words and sentences when reading. In 2008, Dutch designer Christian Boer would create a special font capable of assisting him, as well as others, with Dyslexia, known as Dyslexie. The Dyslexie font uses a heavier line thickness to accentuate the bottom of letters, in a way ‘anchoring’ them from moving within a three dimensional space for those that interpret the letters moving. It also creates a slight slant in the curvature of letters b,d,p and q, due to the fact that these are popular letters that those with dyslexia tend to mix up the most. Capital letters and punctuations are emboldened, as well as similar curved letters such as c or e have differing gapes, making every letter more distinguishable than the common font used in everyday writing.

Though many leading professionals would promote intensive phonics training/reading instruction over the substitution of a commonly written font, many studies have shown there is no significant difference in reading speed between the Dyslexie font and an Arial font as long as ample spacing is provided between each letter. But as far as Henry Winkler is concerned, the Dyslexie font assisted him in collaborating with co-author Lin Oliver to write several books meant to reach out to children with specific learning disabilities; Henry Winkler’s work is a Dyslexie font success story in its own right.

The ‘Hank Zipzer’ book series follows the marvelous adventures of a 4th grade boy who happens to be the ‘World’s greatest underachiever’ with learning challenges stemming from dyslexia and ADHD. But these obstacles won’t stop him from being an amazing, incredibly bright kid that’s living his life to the fullest. The story of Hank Zipzer would go as far as earning thirty-nine episodes on British television, through the CBBC channel. Winkler explains to Martin, “We set out to write comedies that happen to be about a kid who had a challenge, but they were funny first. If we didn’t make each other laugh, Lin and I, it wouldn’t go in the book.”

Since July of 2008, Henry Winkler has performed an annual tour of schools, to read excerpts from his books and inspire students everywhere he visits. He was awarded a key to the City of Winnipeg in March of 2010 for his contributions to education and literacy, and was dubbed within the United Kingdom’s top ten literacy heroes in December 2013. Henry Winkler is involved with the Committee for Arts for the Handicapped, the special Olympics and the Children’s Action Network.