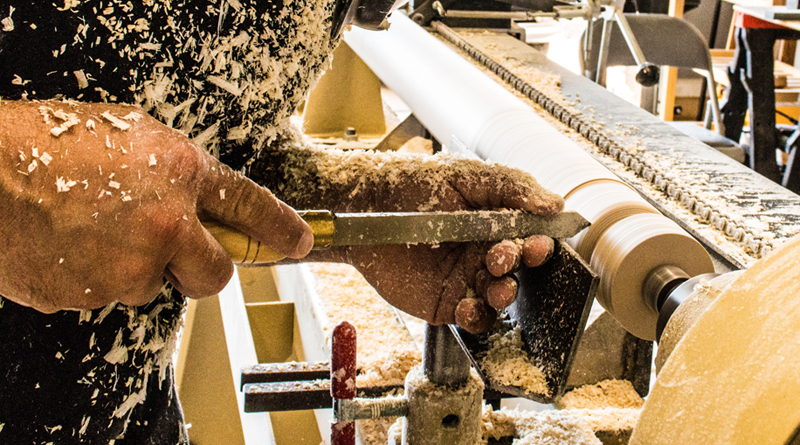 As I have talked about in previous blogs, model building and woodworking are my passion. Recently I reached a personal milestone with my skills, and wanted to share it with you.

This project was something that I had wanted to build for a number of years, and this past February I finally started. Spending many years working on models, I started really discovering my talent in 2004 when I built my first Rifle model. It was an AK-47, then followed by an M-4 carbine. (Shortened version of the M-16). I started with just using a Christmas tree saw. Today, using that seems like something a caveman would use compared to today – but I had the drive and that was what I had at my disposal. Eventually I started using a jigsaw, and through the years my work continued to improve.

But it wasn’t until 2009, when I got my first Scroll Saw, that my work was revolutionized a number of times over. Being able to cut out curves and corners – it was a wonderful advancement! The scroll saw is still incredibly influential in my day to day work in the shop, especially when it comes to models. My list of tools grew: the circular sander from 2009, a table band saw in 2010… each one leading to new personal advancements. Today in the shop I have a 5 inch disk sander with belt, sander angle grinder, two other circular and hand sanders, and my biggest one: the 12 inch disk sander.

With the addition of tools, I started building more diverse models out of wood. I started the construction of tanks and other armoured vehicle models. One of the other more difficult projects I’ve done in the past was the Type 87 (QLZ-87) Chinese Military semi automatic grenade launchers. Most of the detailed images I had to get off the Chinese internet sites. The QLZ-87 is a 35mm semi or fully automatic grenade launcher that shoots 35mm grenades (Line of sight) like a rifle, unlike most grenade launchers that lob shots in an arc depending on distance to a target. It was a challenge well completed.

That brings us to the project I wanted to tell you about. As far as projects going in size, this would be a major side project. It was intricate, detailed. In fact, it would become the most detailed project I had ever built. It was called the M777.

The M777 is a towed Howitzer created by BAE Systems International, which is a U.K. & US based Defense Corporation. India, Saudi Arabia, the UK, the US, and Canada use the M777A2 (the M777A2 being the most modern up to date version). She was a perfect challenge. In early February I began with cutting out the Base plate. Using 3D models on my phone to reference, its structure it slowly took shape. I also had to look for more complex photos of different parts of the design for different angles of its shape due to the complex nature in its design. There may be a lot of correcting and modification – certainly a large learning curve.

The most intricate assembly took place late May. Then there were the details: the cradle and recoil cylinders and breach assembly all in one; the saddle; the body and elevation gear; the stabilizers; standard hydraulic lines; and more. After theat was the painting, and I finally completed the model on June 7th. The picture below is the current model of the M777 .

With completing this task, I feel I certainly can build bigger more challenging tasks. Maybe even on a bigger scale of work. Sine then, I have already some new challenges in the form of three aircraft models. I believe having autism allows me to reach this next level of skill I’ve achieved. 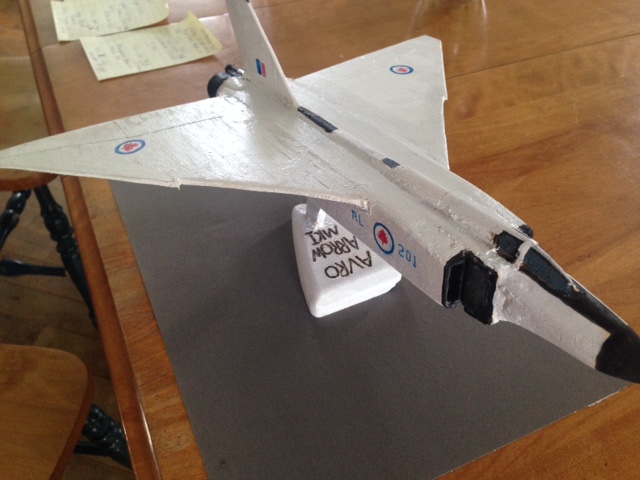 I think it’s more important than people can sometimes measure to have a passion about things, especially us autistics. Passions allow for growth, both in knowledge and in skill. Passions allow for the strengthening of an open mind. For autistics and others on the spectrum, depression and anxiety are major problems, as well as sensory issues. Around 90% of autistics have sensory issues, as well as high percent have anxiety and or depression, or OCD, PPD-NOS etc. So passions and interests can be and are an escape and a comfort. That can be good and bad at the same time. If a person stays too much in their comfort zone, they slow down or prevent growth in exploration of experience. My passions have helped me, but I have also been able to expand as well. Gaining smaller interests that also influence the big picture.

Some of us autistics always have lived in our own worlds. Sometimes we just need other ways of processing and expressing ourselves.

Autism Hiring Initiatives and the Importance of Workplace Inclusion

Marcelle Ciampi, M.Ed. discusses the importance of combining workplace diversity, inclusion, and ongoing support in setting up employees with autism for success.

Inclusion in College For Those With Unique Needs

Neuropsychology: The Map of the Head and the Benefits of Massage

Giuliana Fenwick discusses neuropsychology, maps out the various sections of the brain that play a roll in what we consider "neurodiversity", and offers some head massage methods she believes can reduce the symptoms of autism and similar diagnoses.