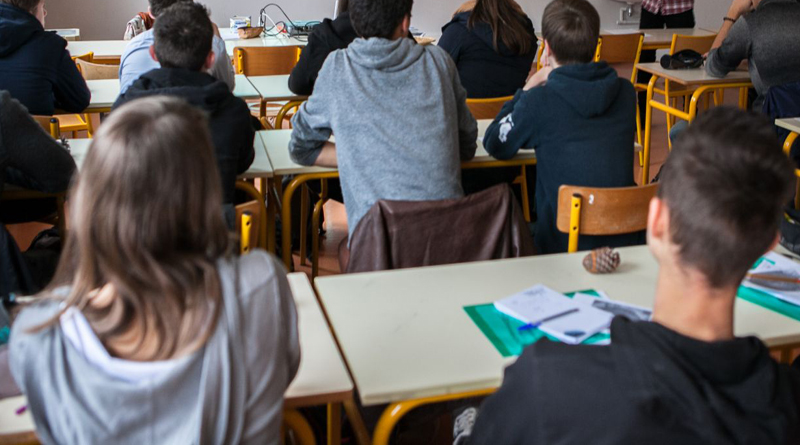 Whether you want to call it a stereotype or a defining trait, if there’s one constant among Asperger’s syndrome individuals, it’s that they have a hard time socializing. They’re socially awkward and uncomfortable around people. For many Aspies, it’s hard to make friends, particularly when you factor in a major transition, like moving to a new town. . .or a new state halfway across the country.

Jacob Dodson’s family moved to Minnesota from Texas when he was in kindergarten. As you might expect for someone diagnosed with Asperger’s syndrome, the move was hard on Jacob. Even as he moved up in grade, it was hard for him to get to know anyone new. He struggled to talk to his classmates, let alone make new friends.

But according to a story by Abby Eisenberg in the April 12, 2015 edition of the Winona Daily News, Jacob, now a senior at Caledonia High School, has progressed so much that he is his school’s selection for the 2015 Above and Beyond awards, which are given to local high school seniors who have overcome great obstacles or have given selflessly to their communities. Their stories are shared by the newspaper and area colleges offer scholarships to the winners.

Everyone at the school agrees that Jacob has come a long way. Caledonia special education teacher Sara Buros recalls that when she first met Jacob, he wouldn’t make eye contact when he was spoken to and would answer questions with one- or two-word answers. He would rarely hang out with his peers. Once unable to make friends, Jacob Dodson now helps other students who feel left out.

Special education teacher Barb Woolley recalls a 9th-grade meeting with Jacob in which he wouldn’t look her in the eye. But over time, Jacob slowly became more relaxed around others and more outgoing. It got easier for him to talk with other kids, especially about his favorite team, the San Francisco 49ers. In 10th grade, he went out for the school football team, starting as a manager and working his way up to playing.

As I wrote in Aspertools, Aspies are ideally taught socialization skills and interactions by their teachers (in addition to their parents and hopefully “friends”). For instance, Pati Fizzano, an Asperger’s ESE specialist and a co-author of my book, employs a visual Aspertool at the start of each school year called the Six Steps of Friendship Ladder, which takes her Aspie students from the hello stage, when they meet someone for the first time, through the best friend stage. But, Pati notes, it is a gradual process. School is a mainstreaming activity for Aspies and other special needs students, but it can be a challenging environment.

And it was challenging for Jacob, but he had help from his family and Caledonia staff — on his assignments and class work and on relating to his peers.

Buros said she has seen Jacob grow from someone who avoided eye contact and was slow to engage with the people around him to someone who comes into her classroom to be goofy and tease others in a nice way. He’ll ask questions about the day’s schedule and see if he can grab a piece of candy from her desk. “Those are all things he wouldn’t have done before,” she said.

And, of course, the structure of school sports also helped Jacob. But that’s just one example of the benefits of the two Aspertools of structure and positive activities. He also began a work-study class, which sends him to the county justice center to do janitorial work.

Today, Jacob routinely engages in the type of positive social interaction that, even just months ago he wouldn’t have had. According to Caledonia counselor Ryan Schmidt, that is part of the reason why Jacob was a natural choice for this year’s Above and Beyond award. So great is the change in Jacob’s social interaction that he now makes a point of sitting next to people at lunch who are feeling left out.

Buros attributes at least part of the change to Jacob’s nomination for the Above and Beyond award. “When he heard that so many people saw this in him, and that he had been nominated, he was so excited and, I think, proud of himself,” she said. “I think he felt empowered to keep going.”

Next year, Jacob plans to move back to Texas, where he still has family, and try to find a job — maybe landscaping or janitorial work. He hopes to have a good house and good family one day. According to the story in the Winona Daily News, he is “excited and nervous” for that future, but knows his newfound social skills will come in handy as he prepares for interviews, and meeting new people.

He’ll have plenty of people rooting for him back at Caledonia. “He’s going to have a normal life,” Woolley said. “I absolutely see that happening for him.”

Samantha, 21, shares her story about dealing with the coronavirus pandemic and how being neurodiverse has played into her experiences with quarantine.

Autism self-advocate and therapist Sean Inderbitzen discusses what he sees as a Renaissance for Neurodiversity.

Advocate Wanda Deschamps discusses the emotional challenges that led to her diagnosis with autism and PTSD, and how she is now happily succeeding.