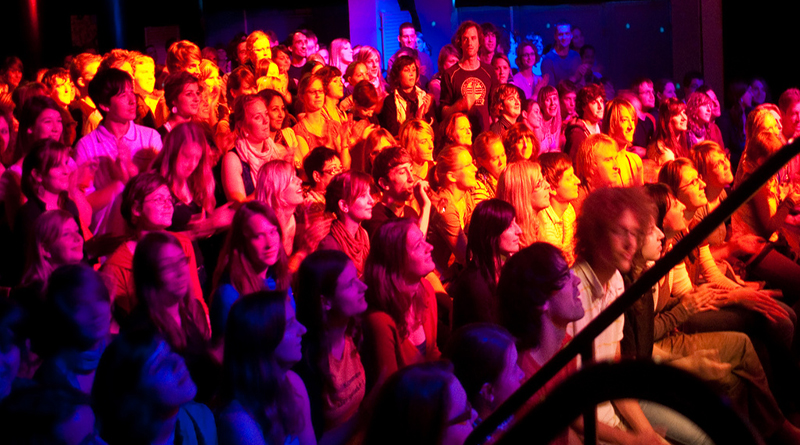 Asperger’s Are Us, a sketch comedy group based in Boston, is hitting it big. They went on a thirteen city tour over the summer and starred in a documentary that premiered at South by Southwest (SXSW) in Austin, TX.

The troupe’s members are Noah Britton, New Michael Ingemi, Jack Hanke and Ethan Finlan. Britton is a professor in his 30s, and the rest are students in their 20s.

Originally, the four met at a summer acting camp for people with Asperger’s. Ingemi, Hanke and Finlan were students while Britton was a counselor. Britton reflected on how far Asperger’s treatment has come in a short time, saying “Even like in 2005, Asperger’s services were terrible. This camp was amazing because they approached it like, ‘We’re going to take you guys’s good qualities, we’re going to have a bunch of fun, we’re going to play some acting games, and you’re going to make friends with people who are like you.’ And that’s what all of us were looking for.”

Before their thirteen city tour, the men had never done more than four shows per year together. Now, they have played at the Kennedy Center for the Performing Arts in Washington, D.C. and have received favorable reviews for their documentary at SXSW.

Britton is careful to say that Asperger’s Are Us is a comedy troupe first, and a group of men with Asperger’s second. He says they don’t want applause just because they have Asperger’s, but because they are genuinely funny. His “I don’t want your pity” t-shirt which he regularly wears at shows is testament to that.

On the other hand, Asperger’s Are Us know they can be an inspiration to those with Asperger’s and they always hold Q and A sessions after shows to talk about their journey and autism in general.

This piece was based on an article in the New York Times, which can be seen here.

Share on FacebookShare on TwitterShare on Linkedin
Harry Lowe

Autism cop: Here’s how police should interact with those on the autism spectrum

The “autism cop.” That’s what fellow policemen call Rob Zink, a member of the St. Paul, Minn., police force for 17 years. He is the father of two sons on the spectrum, which gives him unique insight on how cops should interact with people with autism.

Findings may prevent early loss of synapses in Alzheimer’s