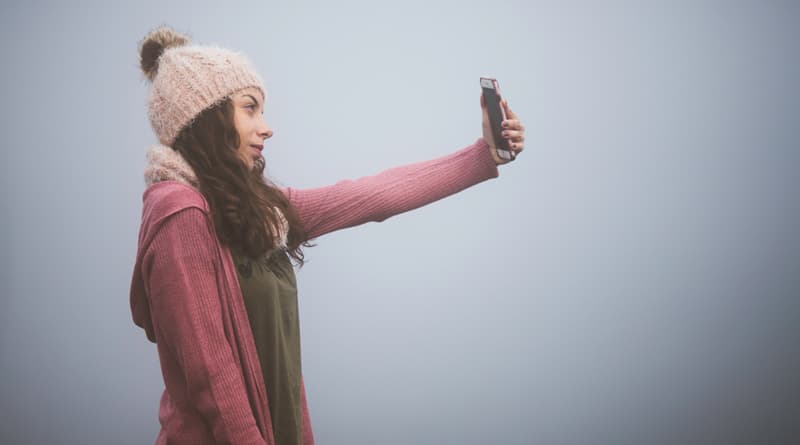 Social Media Addiction May Be Connected To Narcissism

If numerous social media platforms are intentionally designed to be addictive, at what point does social media addiction begin to warp our personal mindsets? A recent pew research poll found that of 81% of Americans use the internet daily, while 28% are online constantly. Social media users wait for every like, every follow, and every comment with anticipation; each online interaction giving a daily dose of dopamine that encourages them to post more about themselves. Selfies, pictures of food, recording a daily rambling or two- are these all red flags for encouraging or even increasing narcissistic behavior? Swansea University researchers would say all signs point to yes, stemming from a recent study that observed an association between excessive use of social media, more specifically the posting of selfies and pictures, and a subsequent increase in narcissism by roughly 25% on average.

The Greek Tale of Narcissus & Echo

One of the most well-known stories in Greek Mythos is the tale of Narcissus and Echo. Narcissus, son of the River God Cephisus, was a hunter that was known for his beauty and physique, and was loved by many. Several suitors would express their love, only for Narcissus to spurn their efforts with rudeness and contempt. One day, an Oread nymph named Echo appeared to him in the woods to give him a hug, but was met with similar disdain and pushed away. Echo was heartbroken, and spent the rest of her life wandering the woods until wilting away. Nemesis, goddess of retribution, was outraged and punished Narcissus by luring him to a pool where he would see his own reflection and fall in love with it. Eventually realizing it was only a reflection and his love could never be requited, Narcissus took his own life. This story serves both as a moral lesson as well as an accurate interpretation of what it means to be narcissistic.

Am I a Narcissist?

Narcissism is defined in the Merriam-Webster dictionary as being extremely self-centered with an exaggerated sense of self-importance, and to have the characteristic of excessive admiration or infatuation with oneself. The term is often thrown around loosely, but it is in fact considered a personality disorder that can make the cultivation and maintenance of relationships with family, coworkers and loved ones very difficult based on the way they act. Those that live with narcissistic personality disorder often may feel most of their relationships are unfulfilling if they are not considered dead center of attention, praise and unconditional favor. Narcissists may appear confident and proud, but few may notice their fragile disposition to any shape or form of criticism, and are generally unhappy, always longing for something better, an existence that is worthy of having them and actualizing how special and important they really are. Even though they may never achieve this ideal, social media, on the other hand, can make someone feel pretty close to it.

So Psychology Professor Phil Reed from Swansea University and his research team decided to explore potential links between narcissistic behavior and regular use of social media to post visual images. The four-month study involved reviewing the personality changes of seventy-four subjects between the ages of eighteen and thirty-four who used social media platforms on a regular basis, including Snapchat, Facebook, Instagram, and Twitter. According to the sample of subjects, around 25% of the subjects used Instagram, both Twitter and snapchat were around 13% for each, and about 60% of them used Facebook, two-thirds of these participants reporting using these forums mainly for the posting of images. Only one participant reported not to use social media, while others claimed to use social media for at least three hours a day. Some even reported being active on social media for as long as eight hours per day.

After the four-month period, the research team’s findings were astonishing. Though there were no significant personality changes for those who primarily used social media for verbal postings, it was found that subjects that were more narcissistic in the beginning of the study, were more likely to make more verbal posting later on, showing a correlation between narcissism and the prediction of growth for verbal postings. However, participants that excessively used their social media for visual postings displayed a 25% increase of narcissistic characteristics of behavior.

Professor Reed commented on his teams findings, “There have been suggestions of links between narcissism and the use of visual postings on social media, such as Facebook, but, until this study, it was not known if narcissists use this form of social media more, or whether using such platforms is associated with the subsequent growth in narcissism.” Reed also claimed, “The results of this study suggest that both occur, but show that posting selfies can increase narcissism. Taking our sample as representative of the population, which there is no reason to doubt, this means that about 20% of people may be at risk of developing such narcissistic traits associated with their excessive visual social media use.”

The Importance of Digital Wellness

So what does this mean? Digital wellness is becoming a growing trend in concern for how excessive internet usage and social media addiction is currently affecting public mental health. Take the time to put down the computer, go outside and meet new people. Socialize with friends and family, and let people know you are more than a thumbs up or a duck face. Be happy with who you are and what you have, and let others know your world isn’t all about you.

Charting New Territory in the Brain

In what’s being considered by many as a milestone in neuroscience, researchers have published a new map of the brain detailing close to one hundred previously unknown regions.

How Video Games Can Aid in Finding the Roots of OCD

Investigators assembled forty-nine individual volunteers—24 with OCD and 25 matched controls—to play videogames in which they had to catch coin-like objects in a bucket.