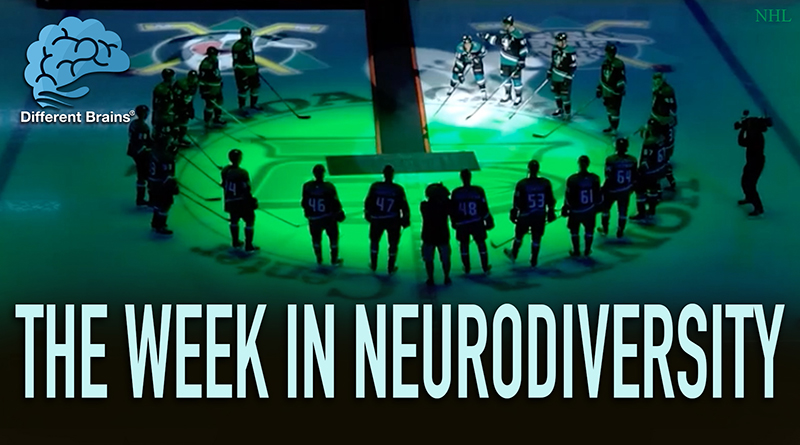 The Neurodiversity News Show, hosted by the DifferentBrains.org staff.

(3 min 28 sec) In this episode: a Dyslexia Task Force is helping students in Iowa, “Now This” releases a video discussing living with Bipolar disorder, a man with Parkinson’s is honored by the Anaheim Ducks, and more!

A 21-year-old woman with Down syndrome is living her dream of being a model. https://www.voanews.com/a/down-syndrome-no-obstacle-for-21-year-old-model/4603012.html

Now let’s take a look at how Saint Joseph’s University is supporting students on the autism spectrum. https://6abc.com/health/sju-offers-unique-supports-for-students-on-autism-spectrum/4443874/

And finally, let’s take a look at how the Dyslexia Task Force in Iowa is helping students with their learning challenges. https://whotv.com/2018/10/09/dyslexia-task-force-members-announced-by-iowa-department-of-education/

In this episode, an amusement park creates a calming room for kids with autism, a young man with Down syndrome gets into his dream school, and how did an FSU football star make the day of a student with autism?