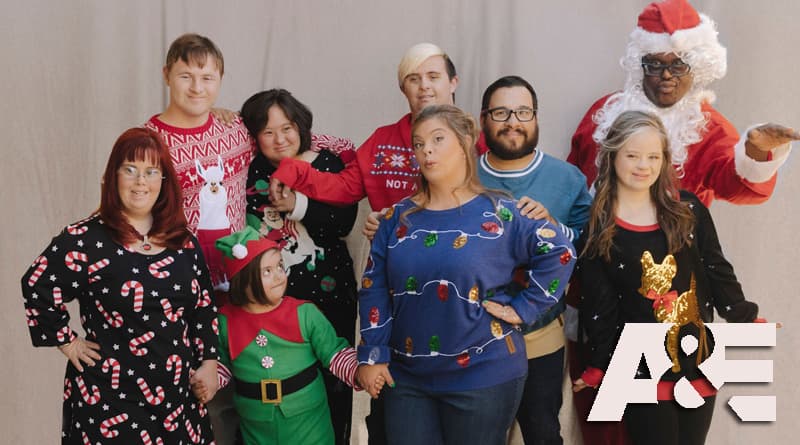 This Christmas, A&E Network sets off to spread some holiday cheer by airing an hour-long special to celebrate the finale of Born This Way: a reality show staring several adults with Down syndrome and how they live their lives.

Along with the hourlong Christmas special, “Born This Way” will wrap up with a six-part shortform digital series that will premier later this year on Aetv.com.

“Born This Way” concluded its fourth season in May of 2018. The digital series will pick up on last season’s wedding of cast members, Christina and Angel, and will continue the stories of the other stars.

Journey of the Cast Members

In this hourlong special of “Born This Way,” the cast will reflect on their personal growth across the four seasons of the show and discuss its impact on the way people with disabilities are viewed in society, according to A&E. “From finding jobs to navigating relationships and break ups to exerting their own independence, the cast will rejoice in the journey they have been on together and thank fans for all of their support along the way,” said A&E.

The series provides an intimate look at a diverse group of young adults with Down syndrome as they strive to defy society’s expectations. It also gives a voice to the parents, allowing them to discuss the challenges their children with Down syndrome face in becoming independent as well as the joy they bring them.

“Born This Way” has won a few awards since its premier in 2015, such as three Emmys (including a 2016 win for Outstanding Unstructured Reality Program and the 2018 Critics’ Choice Award for the Best Unstructured Reality Series,) In addition; it was named to the 2016 Television Academy Honors.

“Being a part of the amazing and inspiring journey of our cast over the past four seasons has been an honor for myself and everyone at A&E,” said Elaine Frontain Bryant, Head Programmer at A&E Network. “We have all learned so much from their openness, resilience, and spirit, and we will be forever grateful to them for welcoming us and viewers into their lives.”

Rupert Young Davies has always been interested in bees, and this fascination is leading the young man who struggles with dyslexia to start his own beekeeping business.