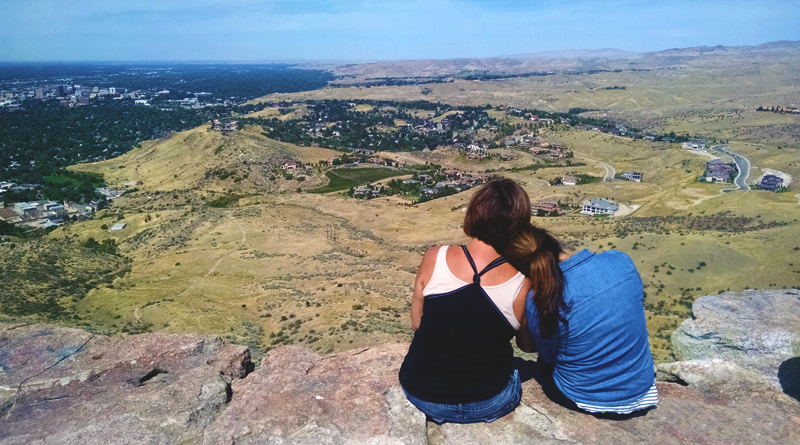 Neuro-developmental diversity is a concept that recognizes, accepts and respects the differences in people, from ADHD to Tourette’s syndrome and autism. I live this everyday, as the mother of a young adult on the autism spectrum, and as a pediatric occupational therapist specializing in neuro-development and medically fragile children.

My journey began over 20 years ago. After my daughter was 1.5 years old, she was diagnosed as severely autistic, with all the accompaniments thereto. It was a whirlwind during the initial diagnosis of my child and the subsequent years to find assistance and guidance on what to do, how to limit meltdowns, find professional help, etc. My marriage fell apart and I was diagnosed with cancer. I went back to school to finish my undergraduate studies during these initial years as a single mother. My daughter’s condition inspired me to go to graduate school and become a pediatric occupational therapist specializing in neuro-development and medically fragile children to better our lives. I have been a licensed occupational therapist for nearly 20 years.

During the early years, information and discussions about autism was not nearly as widespread as they are today. The awareness of autism disorders among the public was far less, and often swept under the carpet. Yet its occurrence was well known, but less understood, in medical circles. This large, and mostly unrecognized group created significant challenges for parents who had few places to turn. The fact that we now realize that 1 in 66 people has some form of autism spectrum disorder means we have come a long way in recognizing the diagnosis and providing services to benefit patients. Getting help is the key to providing kids with a better future.

In those early years, my daughter and I had to learn about behavioral, occupational, speech and physical therapies and how they worked together to help her. There were many promised cures that other parents had tried, but they are mostly speculative and largely unsuccessful – promising cures that cannot really be attained. I didn’t try these claims because I could not afford them and there was little research to support the claims. Good therapy seemed to help my daughter the most.

We learned together that routines were and still are much needed in and out of the household. People with autism like routines because following them minimizes risk to them. Still, I throw in a change now and then because life has changes and I want her to be able to adapt to changing circumstance without melting down.

To help her adapt, we started first with pictures, then writing a sentence, and progressed to her writing and recording her own daily routines in and out of school on her phone. We also learned that I needed to be “mom” to her and not her therapist. We were very fortunate with the many OTs and SLPs that have assisted her progress, many of which remain in my professional life today. We are all on the same team. We also learned that the value of consequences resulting from inappropriate behavior could be learned by my daughter – her two favorite things are eating out at restaurants and her iPad. – the threatened loss of one of those normally resolves behavioral issues before they start.

In time, my daughter has gone from head-banging to singing solo performances in her school choir. While she can never be fully mainstreamed because of her differing abilities, she is happy, has some friends to eat lunch with every day, enjoys Kiwanis for the Handicapped horseback riding each Saturday and goes to the gym after work as a part of her routine. She is able to prepare simple meals like her lunch, complete 1000 piece puzzles and a myriad of other things. However, she is not capable of living on her own as she lacks awareness and cognitive processes that are required for this. She cannot make life, health or financial decisions for herself either. She needs people to trust and that want to be around to help with these decisions.

Over the years, I have learned many things. The following are important lessons that assisted us:

Having a child with a neurodevelopmental disability can be scary. Much goes through your mind. As a professional, I am able to understand the caregiver’s anxiety, hopes and fears for their children when I am their OT. Each child, no matter what the diagnosis, is unique. I believe that everyone has a bit of neurodiversity within them, whether it be mild sensory issue like not liking certain textures, needing fidget toys, or limiting noise through noise cancelling headphones. There are so many variations from Asperger’s to severe autism that I see daily. All these children and adults need to be respected and valued as human beings. They deserve our love and the best care we can give them. Our reward is them maximizing their potential, whatever that potential may be.

Editors note: Ms. Fox is happily remarried, cancer free for 20 years, and is a pediatric occupational therapist with much of her focus on neuro-developmental treatment. She has obtained certification in neuro-developmental treatment and owns her own company, Fox Therapy Consultants, Inc. Her daughter attends a supported work program, reads, searches You-tube for endless Disney songs, and goes to a sleep-away camp for 5 days each summer. “Me” time for Mom.

How to Have a Successful Autism Doctor Visit

Dr. Brian Udell discusses tips for ensuring a positive doctor visit for for your child with autism or other developmental challenges.

Lacey Craddock discusses the challenges a child with a neurodiverse diagnoses can face while growing up, and the concern parents can have in safeguarding their children through that process.