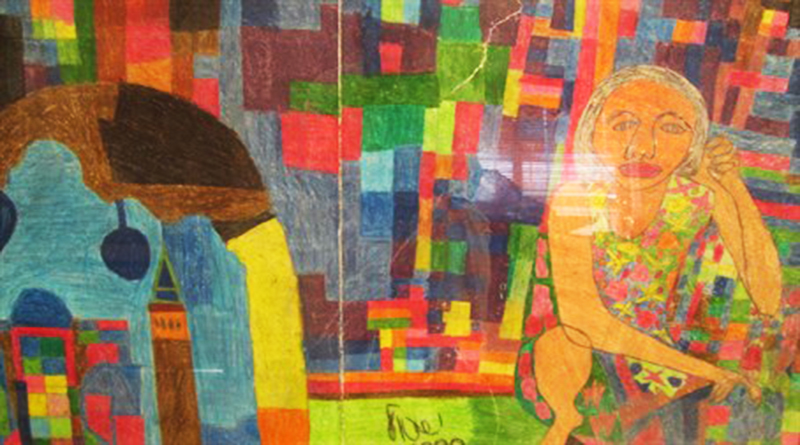 Israel’s Ministry of Foreign Affairs is hosting an art exhibit, entitled “Bridge to the World,” and comprised entirely of artwork made by Israeli adults living on the autism spectrum.

Titled “Bridge to the World,” the works in the exhibit were created by artists, aged 21 and up, with the help of the Meital Day and Employment Center in Jerusalem’s Kiryat HaYovel neighborhood. The exhibit is currently being shown in Jerusalem. The Meital center works with autistic adults, tailoring personal programs to the specific skills and the potential of each individual participant. Activities include painting, ceramics and other crafts workshops, as well as life skills such as manufacturing and home economics. The exhibit was the brainchild of Assaf Must, who initiated the idea of the exhibition at the Ministry of Foreign Affairs and whose brother, Eyal, was a graduate of the center.

Dozens of volunteers from abroad, from countries such as Germany, Denmark, South Korea, Japan, Peru, Hungary, Canada and the U.S., arrive is Israel each year at their own expense to volunteer at ALUT (The Israeli Society for Autistic Children) hostels all over the country. They volunteer for periods ranging from three months to a full year. In the past such volunteers would work on kibbutzim. But the trend today is for these volunteers to work with people with special needs in general and autistic people in particular.

This article was based on one published by Israeli National News, which can be read here.

When Alyssa Patrias competed in the pageant last month she become the first woman, with Down syndrome, in the state of Michigan to compete in a Miss Michigan Preliminary pageant.