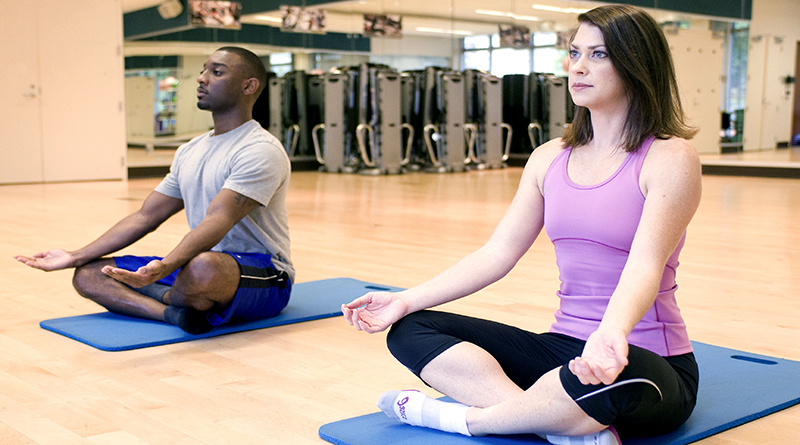 Yoga, once regarded as a fringe pseudo-treatment lacking in scientific value, has found mainstream acceptance by the medical community and is now being incorporated into medical and psychiatric therapies. New research shows that yoga goes beyond providing greater muscular flexibility and strength to address trauma and even chronic pain.

This type of yoga is called trauma-centered or trauma-sensitive yoga, and “it’s nothing like [the yoga] you’ve seen at your nearest gym,” says Dallas Adams, a licensed social worker and certified yoga teacher at the Menninger Clinic in Houston, which provides research, treatment and education for psychiatric illnesses.

Trauma-sensitive yoga is an empirically validated, adjunctive clinical treatment for complex trauma or chronic, treatment-resistant PTSD. It has foundations in trauma theory, attachment theory, neuroscience, and hatha yoga practice with an emphasis on body-based yoga forms and breathing practices.

According to Adams, the clinic is pioneering trauma-sensitive yoga as an adjunct therapy for sufferers of chronic pain and PTSD. Adams, who has practiced yoga for 15 years, started conducting the sessions for Menninger patients early this year.

Adams says that many trauma victims of violent physical or sexual assault don’t feel safe and feel as if they have lost a sense of control over their own bodies. “Trauma-sensitive yoga takes people where they are and puts them in control of the treatment. It’s safe, and it has really good outcomes. That really hit me,” Adams said.

Common methods of treating women with PTSD,- such as medication and cognitive behavior therapy, have low success rates. For example, one recent study showed that 59% of women with PTSD showed little improvement after 12 weeks of treatment.

A 2014 study conducted by researchers at the Trauma Center at the Justice Resource Institute in Brookline, Mass., and published in the Journal of Clinical Psychiatry, tested trauma-sensitive yoga on 64 women who had been raped or violently physically assaulted and who had chronic, treatement-resistant PTSD. In the study, the subjects were assigned to either a control group with a health-education class or a group that practiced trauma -nformed yoga. Both groups met in weekly one-hour sessions for 10 weeks. Researchers found that 52% of the yoga participants no longer met the criteria for a PTSD diagnosis after treatment, compared with 29% of the control group. Their conclusion was that the yoga had helped the women tolerate physical and sensory experiences connected to the fear and helplessness of their trauma.

Without treatment, such PTSD sufferers remain disconnected from physical sensations, and common daily actions or events can trigger or reignite their pain all over again. According to Adams, instead of living in this vicious cycle, patients can choose to accept the yoga experience and allow whatever physical response that arises.

The reconnection of body and mind can be a powerful healing experience, Adams said. However, although trauma-sensitive yoga may be part of a client’s therapy, it doesn’t involve conversation about the actual trauma, he said. At Menninger, a member of the treatment team must refer the patient to the yoga class, and patients must be in some other form of therapy simultaneously.

This article was based on a piece published by The Houston Chronicle, which can be viewed here.