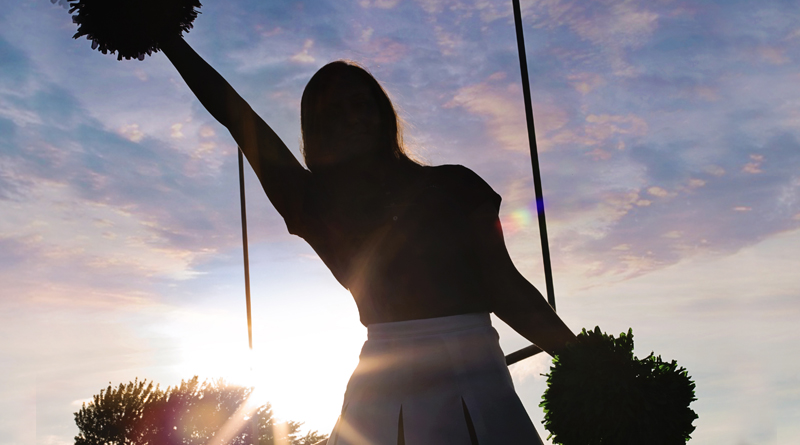 For any teenager high school can be a disquieting time, and adding the stress of having Tourette syndrome adds a whole new element. However, Jane Hamilton, a high school cheerleader in Minnesota with a mild form of Tourette’s, is not letting it get in her way anymore.

“I think one thing about Tourette’s people don’t understand [is] it’s not just people cussing — that’s not it at all,” Hamilton told InsideEdition.com. “My Tourette’s is pretty mild. The thing is it can vary, I mean, before I’ve had somewhat extreme Tourette’s. Now I don’t, really.”

Just this past March Jane was having difficulties in school. She had a tic in which she made loud noises and a lot of her fellow classmates didn’t understand why she did this.

“I had this tic where I would squeak, kind of like a guinea pig,” Jane said. “This is my first actual vocal tic that I’ve had in a really long time and so I truly felt like I had to explain myself. Like if I didn’t, people would think I was being obnoxious.”

Jane is not nervous about this coming school year because her tic is much milder now and her classmates are more informed about her condition. Jane also made the Century High School cheerleading team which has helped her build confidence because in the past she has felt that she was always in the background. At first, she feared being judged and almost quit the team but ultimately decided against it. Jane realized she was the face of Tourette’s at her school and everyone was cheering for her success and she didn’t want to let her supporters down. She’s also hoping that being on the team will help raise awareness about Tourette’s.

“I feel like people think that I’m not able to do social things or performing or things like that because of my Tourette’s, but the thing is, that like, I’m still doing cheer — how do you think I’m wearing this uniform if I didn’t get through all of cheer,” Jane said. “Yeah, I think I can do a lot of stuff that people don’t think I can do.”

This piece is based on an article on WSLS.com, which can be seen here.