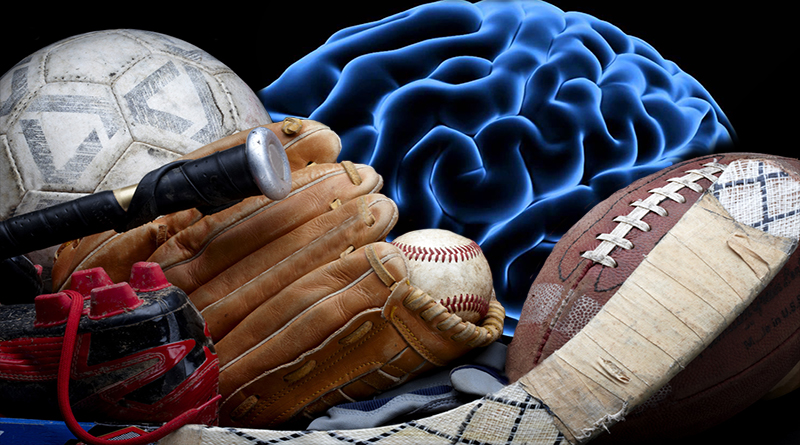 Does your favorite athlete support neurodiversity?

Autism awareness is steadily growing and has expanded through many different outlets. Major league sports are not excluded from this growing awareness, and have begun exposing their audiences to the differences in our brains. From baseball to hockey, football, golf and even Olympic weightlifters, there are a number of well-known people who have chosen to write or speak about members of their family whose brains are a little bit different. B.J. Surhoff, a Baltimore Orioles Hall of Famer, has a son named Mason who has autism. Since Surhoff and his wife received the diagnosis for their son, they have been working to spread autism awareness around the country. Surhoff has since founded Pathfinders for Autism, which has grown to be the state of Maryland’s largest nonprofit organization. Pathfinders for Autism’s mission is simple: to improve the lives of individuals with autism and the people who care for them. (source: wikipedia) Will Clark is a former first baseman in Major League Baseball, best known for his years with the San Francisco Giants from 1986 to 1993. He has a son on the spectrum. At 26 months old, his son Trey was diagnosed with Pervasive Development Disorder (PDD), putting him on the autism spectrum. Clark began treating his son with different forms of therapy, including occupational therapy. His wife said, “A lot of things that are triggers for children with autism, things like loud noises and textures of clothing and food, Trey doesn’t have problems with anymore. Loud noises used to be a problem for him, but the he has gradually gotten past that. The therapy made a difference.” (source: The Advocate) Doug Flutie is an ex-NFL star. He is known for his “Hail Mary” touchdown pass on the Boston College Eagles in 1984, considered among the greatest moments in college football and American sports history. He has a son named Doug Jr, who has autism. The Fluties established the Doug Flutie Jr. Foundation for Autism, Inc. in honor of him. He also had his own cereal brand, “Flutie Flakes,” and his own brand of fruit snacks, “Flutie Fruities,” from which a large portion of profits were donated to the foundation. (source: wikipedia) Dan Marino is widely known for being one of the greatest quarterbacks in football history, playing for the Miami Dolphins of the NFL. In 2005, he was inducted into the Pro Football Hall of Fame. The Dan Marino Foundation was established in 1992 by Marino and his wife, Claire, after their son, Michael, was diagnosed with autism. Through national and local fundraising events and campaigns, the foundation raises awareness and essential funding to support services for people with autism and other developmental disabilities. “Since 1992, Claire and I have worked to improve the lives of people with autism and other special needs through our Foundation.” – Dan Marino (source: wikipedia) Scott Mellanby is a retired Canadian professional ice hockey player. He has a daughter and two sons, one of which is on the autism spectrum. Mellanby is involved in many autism-related causes. Along with fellow NHLers Olaf Kölzig and Byron Dafoe, Mellanby is a founder of Athletes Against Autism. (sources: Autism Speaks, wikipedia) Olaf Kölzig is a South African-born German professional ice hockey player. Kölzig is known for his services off of the ice as well as his accomplishments on the ice. Along with Byron Dafoe and Scott Mellanby, he founded Athletes Against Autism to raise awareness of autism and encourage more research. As well, he founded the Carson Kolzig Foundation for Youth Autism in honor of his son, Carson, who is autistic. (source: wikipedia) Jordan Spieth is a 22-year-old golfer who, when he was only 19, won a PGA Tour, making him the youngest winner on the Tour in 82 years. His key inspiration is his sister, Ellie, who has autism, and so Jordan concentrated his focus on funding and assisting people like Ellie all over the country. Among his biggest dreams was to be giving back in the biggest ways possible. Thus, his vision officially became the Jordan Spieth Family Foundation. The primary focus of the foundation: to be a platform to find better educational opportunities and experiences for incredible and unique young people like Ellie. (source: CNN, Golf.com) On the 8th of December, 2009, Curt Warner was inducted into the College Football Hall of Fame, and he has made the Pro Bowl 3 times. Curt Warner and his wife Ana had twins that were diagnosed with autism at the age of five. Though the twins are now 19-years-old and their parents express that it is a constant struggle, they quote, “We are never going to give up on our boys; Our main goal, I think for every parent, you want your child to be happy and safe.” Together, Curt and Ana Warner founded the Curt Warner Autism Non-Profit Foundation in honor of their twins, Austin and Christian. (sources: Penn State Mag, PSU.edu, Center Daily)

Melanie Roach is a female Olympic weightlifter who is 5 feet 1-inch-tall and 117 pounds, who, by 1998 was number one in the US, setting the world record (since bested) by lifting more than twice her weight. Being so strong physically, she encountered some of her heaviest burdens with the challenges she confronted with her autistic son, Drew, after his autism was diagnosed in 2005. A devout Mormon, she prayed her son would get better. Frustrated with little progress, she went to her bishop in tears, and he told her to stop focusing on what Drew couldn’t do. This, she says, was a turning point—she began to truly embrace who Drew was and started to live in the moment, rather than dwelling on the past or future. She had learned the concept of slow and small but steady and incremental progress. (source: NYTimes, RecoveryFromAutism) Share on FacebookShare on TwitterShare on Linkedin
Michael Capone

The Curse and the Gift of Inattentive-Type ADHD

Kristin Wilcox, Ph.D. discusses the challenges and benefits of her son's experiences with ADHD.

Chronic “Toxic” Encephalopathy: The Other CTE